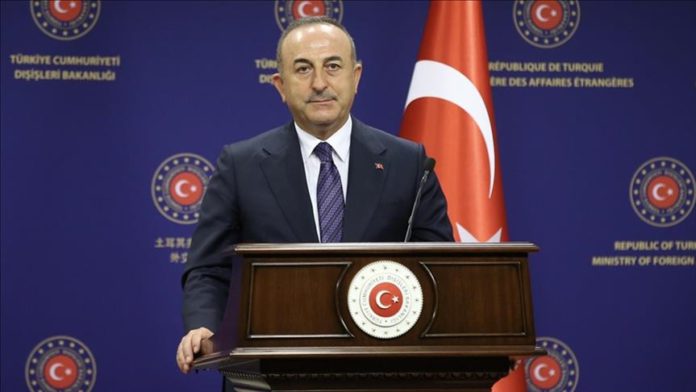 The US has proposed setting up a joint working group on its sanctions on Turkey imposed over the issue of Russian S-400s, and Turkish officials have agreed, Turkey’s top diplomat said Wednesday.

Such a working group, advocated by Turkey, could point the way forward to lifting the sanctions, imposed earlier this month if compatibility issues between the S-400 and NATO weapons systems are addressed.

Foreign Minister Mevlut Cavusoglu said that Turkey had itself had earlier proposed a joint working group on the sanctions, which target Turkey’s Defense Industries Presidency (SSB), including SSB head Ismail Demir and three other officials.

“Now the proposal came from the US. As we naturally always favor dialogue, we said yes, and negotiations began at the level of experts,” Cavusoglu said during a meeting reviewing foreign policy developments in 2020.

Underscoring that opinions differ as to whether the sanctions are heavy or not, he said imposing sanctions is a misstep both politically and legally.

“It is an attack on our sovereign rights,” he stressed.

On Dec. 14, through its Countering America’s Adversaries Through Sanctions Act (CAATSA), the US imposed sanctions on Turkey over its acquisition of the Russian S-400 missile defense system.

Turkey, however, stressed that the S-400s would not be integrated into NATO systems, and poses no threat to the alliance or its armaments.