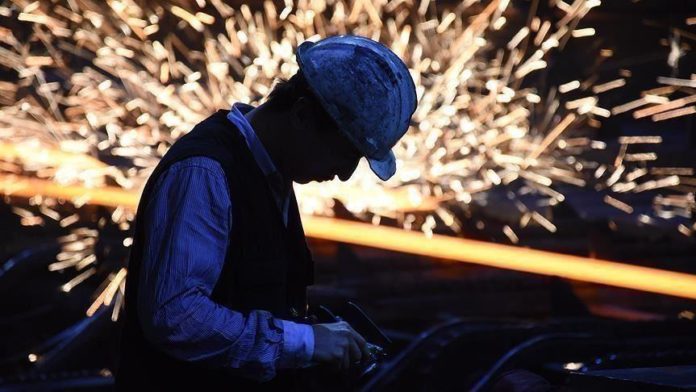 US producer prices came in higher than expected, increasing on a monthly and annual basis in June, according to the Labor Department on Wednesday.

The Producer Price Index (PPI), which measures the change in the price of goods sold by manufacturers, rose 1% in June after it increased 0.8% in May. Analysts expected a 0.6% increase.

The index soared 7.3% in June, from the same month last year, again, higher than an estimate of 6.8%.

The annual rise was “the largest increase since 12-month data were first calculated in November 2010,” said the agency.

Prices for final demand, less foods, energy and trade services, rose 0.5% in June, after coming in at 0.7% in May.

On an annual basis, it moved up 5.5% — the largest advance since 12-month data were first calculated in August 2014.

The Federal Reserve closely watches the index since it is a leading indicator of consumer price inflation, which accounts for the majority of overall inflation.

The Consumer Price Index (CPI) rose 5.4% in June, from the same month a year ago, while it was up 0.9% from the previous month.