TurkishPress
Home News US presidential election: When to expect results 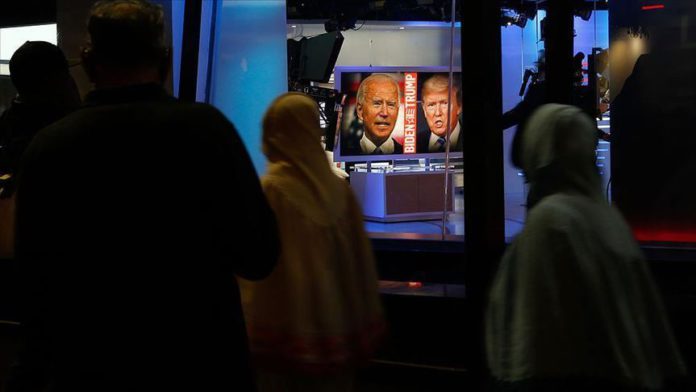 As more people cast votes by mail-in ballots during coronavirus pandemic, the winner of the 2020 White House race might remain unknown on election night.

Nearly 60 million people opted for mail-in ballots, which has a longer count process than in-person voting, according to the US Elections Project’s data as of Monday. Democrats continue to constitute the bulk of those who have voted.

The projection of fivethirtyeight.com says that near-complete results from Florida should be received in hours. Arizona and North Carolina are also expected to report the vast majority of their ballots very quickly.

The counting in Georgia and Texas may stretch into Wednesday or Thursday, although most of the counting is done on Nov. 3. However, Michigan and Pennsylvania will likely take until the end of the week.

If the results are too close to call, even the fastest-counting state may not provide a winner for days.

Some 16 states are expected to count nearly all votes on election night, while 23 states most but not all, and 11 states will be able to count only some of them, according to projection.

Over 94 million Americans have cast early ballots ahead of the presidential election. Democrats represent 45.5% of the vote, while Republicans 30.4%.

The surge in early voting has already eclipsed the number in 2016, when about 58 million people cast early ballots, according to multiple media reports.

Trump has sought to frame mail-in-voting as being unduly prone to fraud but has not backed his claims up with evidence.

Democrats have pushed for expanding vote-by-mail to create a safe way to hold elections amid the pandemic, which has infected over 9.2 million people in the US and killed nearly 231,000.

Which to prioritize during coronavirus crisis: Economy or lives?