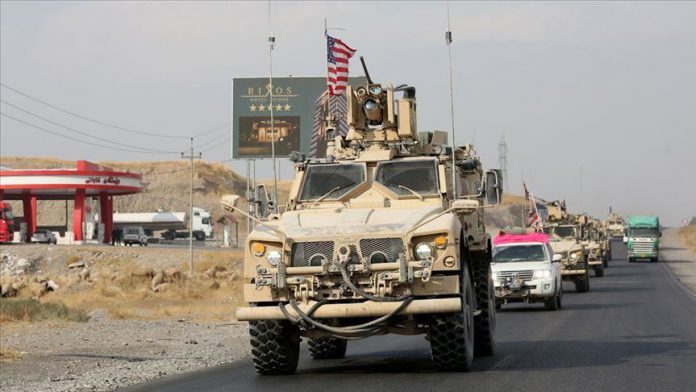 American troops are pouring back to military bases in northeastern Syria which were evacuated by the U.S. Army during Turkey’s anti-terror operation.

According to Anadolu Agency reporters on the ground, the U.S. Army arrived Saturday back in the west of Syria’s northern province of Raqqa to rebuild its military base, which was evacuated during Operation Peace Spring.

A military convoy, including a personnel carrier armored vehicle, a mine flail and a utility vehicle, dispatched by the U.S., arrived in Jazira base located west of Raqqa province via the northeastern Syrian province of Al-Hasakah.

Read more: US pours back to military bases in northeast Syria