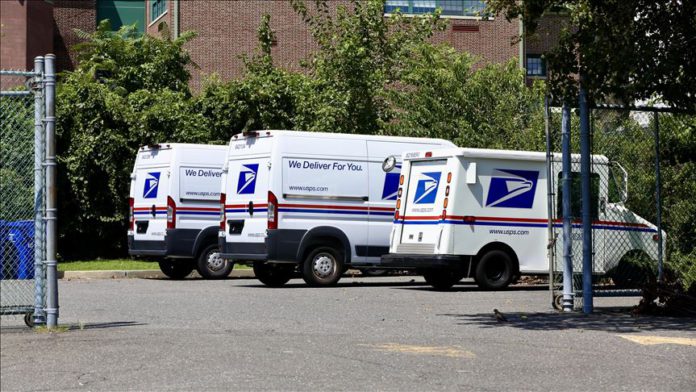 Postmaster General Louis DeJoy committed Friday to ensuring the on-time delivery of mail-in ballots, maintaining the Post Service “stands ready” to handle a likely unprecedented influx of votes as he faced yet another lawsuit over the agency’s controversial changes.

“I think the American public should be able to vote by mail, and the Postal Service will support it,” DeJoy said during virtual testimony before the Senate Homeland Security Committee. “We will deploy processes and procedures that advance any election mail, in some cases ahead of first-class mail.”

The remarks are at odds with US President Donald Trump’s repeated claims that mail-in ballots are disproportionately subject to fraud, including by postal workers. DeJoy has come under criticism from Democrats who accuse him of helping the president undercut mail-in voting for political reasons, charges he denied, saying “the insinuation is, quite frankly, outrageous.”

“Moving forward, trying to having any negative impact on the election, is an outrageous claim,” said DeJoy.

Still, he said has “no intention” to return to service recently removed mail sorting machines and blue mail deposit boxes amid fears the Postal Service may be unable to handle the pending influx of mail-in ballots caused by the coronavirus pandemic.

“There’s no intention to do that, they’re not needed, sir,” DeJoy told Senator Gary Peters, the committee’s ranking Democrat.

The testimony comes as six states and the District of Columbia filed suit Friday against DeJoy, saying the changes implemented at the Postal Service impede their effort “to conduct free and fair elections.”

“The Plaintiff States bring this action to remedy the harm caused by Defendants’ actions and to protect their constitutional authority to conduct their elections in the manner their respective legislatures have chosen,” says the lawsuit from Pennsylvania, California, Delaware, Maine, Massachusetts, North Carolina and Washington D.C.

The lawsuit filed in US District Court is seeking a judge to declare the changes unlawful, cancel them, and appoint an independent overseer to ensure they are not implemented.