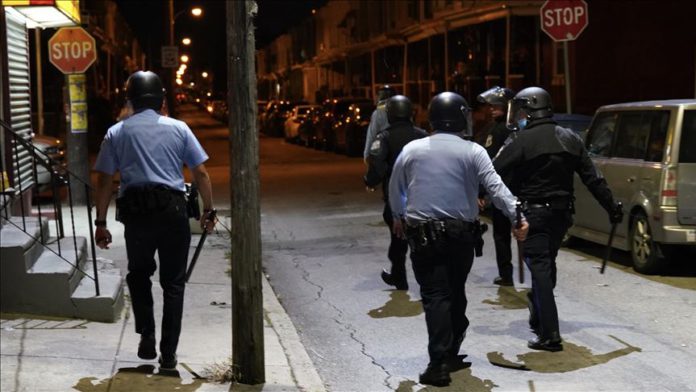 The US city of Philadelphia, Pennsylvania imposed an overnight curfew Wednesday after social justice demonstrations again devolved into rioting and looting.

The curfew is slated to go into effect at 9 p.m. local time (0100GMT) after multiple people were shot and businesses looted Tuesday during a second night of unrest following the fatal police shooting of Walter Wallace, Jr. The curfew will lift at 6 a.m. (1000 GMT).

Exceptions to the curfew are being made for those who need to get to work, require medical assistance or need to drop off a mail-in ballot.

Wallace, 27, was shot multiple times by police as they were responding to a call Monday.

A video posted on social media appears to show Wallace being shot at least 10 times after he walked toward two officers who had their guns drawn. The officers shouted at Wallace to put down a knife before the shooting, but no knife is visible in the recording.

Wallace’s family has sharply denounced the looting and violence.

Anthony Fitzhugh, a cousin, said those who are engaging in looting are “thieves, they’re opportunists.”

“And they’re stealing because they have the opportunity to go and steal. Do not put my cousin’s name on that. Not one of his family members are out there participating in any of it. Not one,” he told a local television station.

US President Donald Trump and his Democratic presidential challenger condemned the rioting, with Trump telling reporters in Las Vegas, Nevada the situation in Philadelphia is “terrible.”

The president said the federal government “is looking at” the situation in the city, saying it must be stopped.

“If they ask for help we’ll be there very quickly, but they should bring in the National Guard if the police need help,” he said. “You can’t let that go on.”

Addressing reporters in his home state of Delaware after voting with his wife, Biden said there is “no excuse whatsoever for the looting and the violence.”

“I think to be able to protest is totally legitimate, it’s totally reasonable,” he said.

Turkiye's Borsa Istanbul down over 5% at close