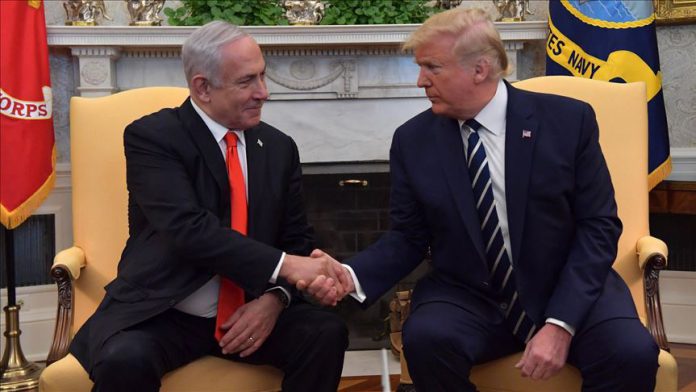 The plan, dubbed “the Deal of the Century,” is expected to be revealed this week and would come as the Israeli Knesset votes on possible immunity for Netanyahu in three graft cases.

“It comes in parallel with the start of the Knesset sessions to decide on Netanyahu’s immunity.

“Trump wants to help Netanyahu and help himself,