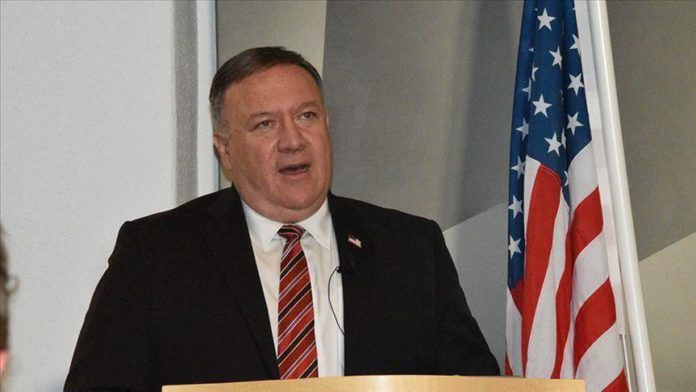 Pompeo and Anastasiades discussed their “deepening” security relationship during a telephone call, according to the State Department.

The decision will affect the export, re-export, retransfer and import of non-lethal defense articles and services for the upcoming fiscal year that begins in October.

“The Republic of Cyprus is a key partner in the Eastern Mediterranean,” Pompeo said separately on Twitter. “I am pleased to announce that we are deepening our security cooperation. We will waive restrictions on the sale of non-lethal defense articles and services to the Republic of Cyprus for the coming fiscal year.”

In response to the announcement the Turkish Foreign Ministry said if Washington does not reconsider its decision Ankara would take counter measures, calling the move incompatible with the spirit of the alliance between the nations.

The US announcement comes amid markedly strained tensions in the region between Turkey and several nations in the eastern Mediterranean.

The EU commission earlier Tuesday called for dialogue with Turkey to find a solution to de-escalate the crisis.