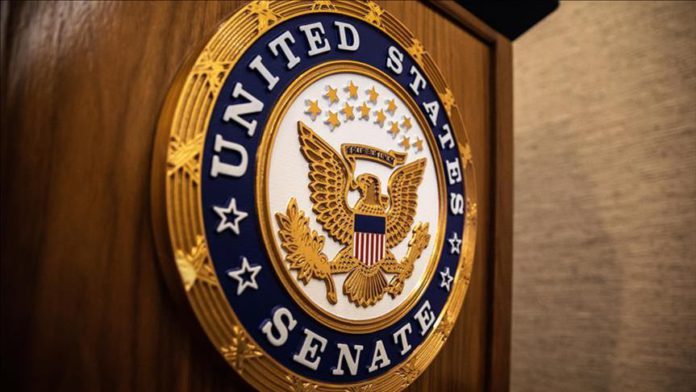 Senator Ron Johnson said the emails were sent to the committee, which is now in the process of reviewing them following a whistleblower complaint.

“We regularly speak with individuals who email the committee’s whistleblower account to determine whether we can validate their claims,” Johnson told Fox News. “Although we consider those communications to be confidential, because the individual in this instance spoke with the media about his contact with the committee, we can confirm receipt of his email complaint, have been in contact with the whistleblower, and are in the process of validating the information he provided.”

The New York Post reported earlier Wednesday that it was given email correspondence taken from a laptop computer dropped off at a repair shop in Delaware, Biden’s home state, in early 2019.

It was handed over to federal authorities after the shop owner allegedly made a copy of its hard drive, which he gave to Rudy Giuliani’s lawyer, Robert Costello. It was Giuliani who handed over the information on Sunday to the Post, a newspaper owned by US President Donald Trump’s staunch ally, Rupert Murdoch.

The Post said the email correspondence proves Vadym Pozharskyi met with Biden at his son’s request in April 2015 while he was serving as vice president.

It is unclear if the newspaper authenticated the emails or visuals in any way, but the elder Biden’s presidential campaign highly disputed their standing.

“The New York Post never asked the Biden campaign about the critical elements of this story. They certainly never raised that Rudy Giuliani – whose discredited conspiracy theories and alliance with figures connected to Russian intelligence have been widely reported – claimed to have such materials,” spokesman Andrew Bates told the Politico news website.

“Moreover, we have reviewed Joe Biden’s official schedules from the time and no meeting, as alleged by the New York Post, ever took place.”

Facebook said it is currently reducing the spread of the Post’s story on its platform until it can be independently assessed by its third-party fact-checkers.

“This is part of our standard process to reduce the spread of misinformation. We temporarily reduce distribution pending fact-checker review,” spokesman Andy Stone said on Twitter.