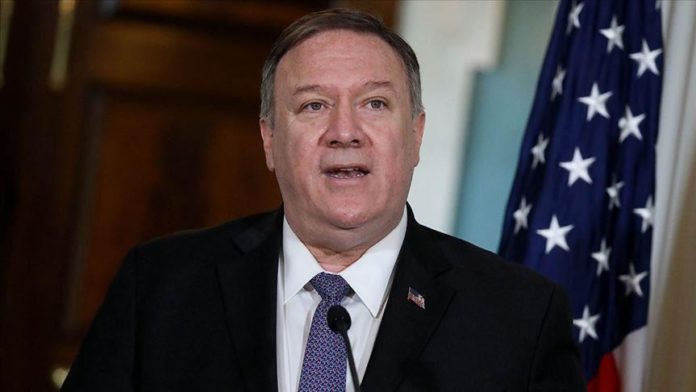 US Secretary of State Mike Pompeo slammed Russia on Monday after it sentenced a former US Marine to 16 years in prison over alleged espionage.

“Outraged by the decision today to convict Paul Whelan on the basis of a secret trial, with secret evidence, and without appropriate allowances for defense witnesses,” Pompeo said on Twitter.

“Paul’s treatment by Russian authorities continues to be appalling, and we demand his immediate release,” he added.

Earlier Monday, Moscow City Court sentenced Whelan to 16 years in a high-security prison after convicting him on espionage charges – slightly less than the 18 years prosecutors had sought.

Protesting his innocence, Whelan has vowed to appeal.

He was detained in Moscow by the Russian Federal Security Service in December 2018 for spying.

Whelan claims he was framed after being handed a USB drive by an unknown Russian national that he thought contained tourism pictures, not the list of classified security agency employees it actually had.

Saying he was in Russia to attend the wedding of a fellow former marine, Whelan explained that he was set to help the groom’s family members on their first visit to Russia, a country Whelan has visited regularly since 2007.

The case has raised speculation that Russia is holding Whelan in order to exchange him for Russian pilot Konstantin Yaroshenko, imprisoned in the US on drug-smuggling charges.

Russian Foreign Ministry spokeswoman Maria Zakharova denied this, saying the US does not dispute the spying charges behind closed doors while in public statements “they say what they have to say.”