TurkishPress
Home News ‘US, other powers against Turkey’s regional rise’ 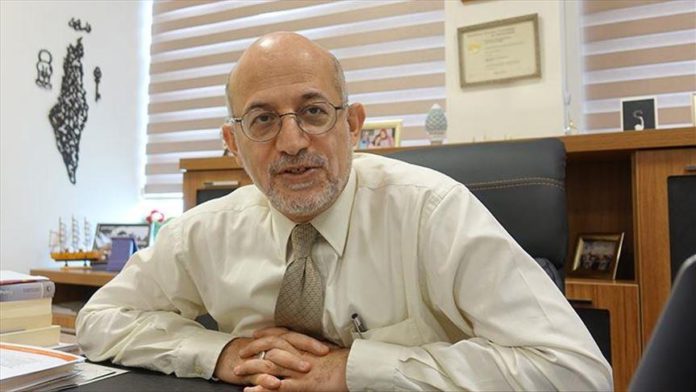 “The US policy is that since they cannot build a regional alliance where they can check Turkey’s power, the best way to undermine this power is by empowering a minority [group] for military insurrection such as [the case of] PKK,” said Sami Al-Arian, the director of Istanbul-based Center for Islam and Global Affairs, participating in a virtual event discussing “Turkey’s Grand Strategy as the Third Power” on Wednesday evening.

“This is why they [US] have this northern Syria policy. It basically has nothing to do with ISIS [Daesh] or any other larger issue other than trying to check Turkey’s power,” Al-Arian said.

Al-Arian also raised the issue of Turkey’s possible emergence as a nuclear power as one of its “strategic imperatives in its grand strategy.”

“There is no way Turkey could actually project power in the region while it’s surrounded by nuclear powers,” he said. “Yes, it has NATO coverage, but that could go at any moment if Turkey really grows out of the role it has been assigned,” he added.

Al-Arian, a global policy expert, said nuclear power does not come overnight. “It usually does not come with the help of others. It has to be built internally, over and over decades,” he said.

Sener Akturk, a professor at Istanbul-based Koc University, suggested that Turkey as a potential candidate will become “the missing Muslim-majority great power.”

“You do not have a Muslim-majority great power even though Muslims represent a sizable population of the world – by far the largest religious group not represented in UN Security Council,” he said, arguing that all other religious identities, be it Christian, Hindu, and Confucian, were “great powers” laced with nukes, giving reference to US, Russia, China, and India.

There is no international actor, said Akturk, that can step in and “stop mass persecution of Muslim populations.”

He referred to mass killings of Muslim populations suffering in Bosnia, Iraq, Syria, Afghanistan, and Rohingya in Myanmar.

“They are unaddressed because there is no great power that feels the urge to step in,” he added.

Turkey is the largest economy in the Muslim-majority nations, he said. “It has a history of competitive representative multi-party system, industrial-agriculture based economy and is the site of the largest Muslim empire,” he added.

“Turkey has a power of attraction for having both religious and secular lifestyles co-existing,” he added.