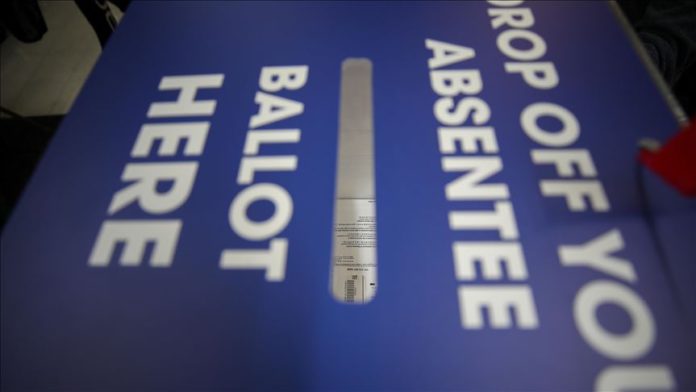 The US continued to brace Thursday evening for news on who its next president would be as Democratic nominee Joe Biden continues to maintain a sizable lead over incumbent Donald Trump two days after Election Day.

Biden is just six Electoral College delegates away from being able to declare victory, according to an Associated Press tally. That means with any additional state victory, excluding Alaska, he would win the race for the White House.

Trump, however, remains competitive, though his path to victory is far more difficult.

There are currently just five states that The AP has yet to declare for either Biden or Trump, but only it and conservative television network Fox News have called Arizona for the Democratic nominee.

Biden is ahead in just one of the outstanding states, Nevada, where he has a narrow 0.9% lead with over 10% of the vote outstanding. He trails the president in Georgia, North Carolina and Pennsylvania, but Trump’s lead has narrowed considerably in the states as they process mail-in ballots.

The jurisdictions did not allow for mail-in ballots to be tabulated until at least the start of Election Day, despite the expected deluge of early voting that manifested due to health concerns caused by the coronavirus pandemic.

Of the three, North Carolina is the only state that allowed mail-in ballots to be tabulated at the start of Election Day. Georgia and Pennsylvania did not start tabulating mail-in ballots until after polls closed on Tuesday.

Biden has closed Trump’s considerable double-digit lead in Pennsylvania to just 0.5%, bolstered by absentee ballots, while he is behind in North Carolina and Georgia by 1.4% and 0.4% respectively.

Nevada officials have announced they will not be providing any additional vote tallies until Friday morning, but Pennsylvania and Georgia have said they expect results tonight, though a Trump campaign lawsuit could delay results in Pennsylvania.

Alaska is widely expected to be decided in Trump’s favor.

The president has vowed to demand a recount in Wisconsin, which has been called for Biden, and has filed legal challenges in Georgia, Michigan and Pennsylvania to halt vote counting. An appeals court judge has dismissed the Michigan lawsuit.

Trump and his team have continued to make allegations of widespread fraud but have not provided evidence to support their claims.

Biden, meanwhile, has urged his supporters to remain patient as votes are tallied.

“I ask people to stay calm. The process is working. The count is being completed,” he tweeted.

Further down the ballot, Democrats appear to have maintained their hold in the House of Representatives, but their chances of taking control over the Senate appear to be dwindling with Republicans posting a stronger-than-expected showing.

The easiest path for Democrats to split the chamber 50-50 would be to win both of Georgia’s Senate seats, which are quite possibly headed for run-offs in early January. The party appears unlikely to win in Alaska, where incumbent Dan Sullivan has a considerable lead over his Democratic challenger.

Ugandan workers injected with water instead of coronavirus vaccine