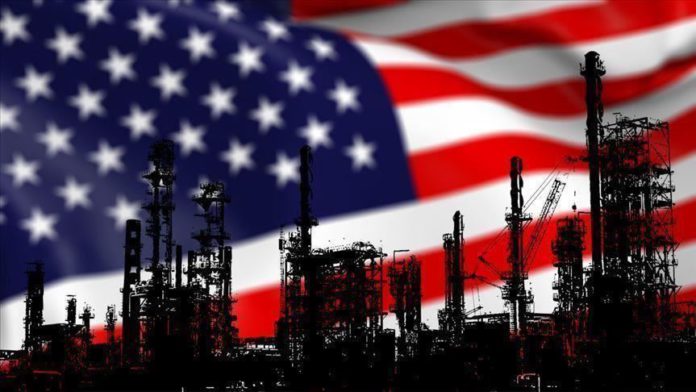 US oil production increased by 134% between 2009 and 2019, taking the top spot as the world’s largest oil producer during this period, according to data compiled by Anadolu Agency on Wednesday.

Oil production in the US, which includes crude oil, shale oil, oil sands, condensates, and natural gas liquids, rose to an annual average of 17.04 million barrels per day (bpd) in 2019, from approximately 7.27 million bpd in 2009, the data from BP’s Statistical Review of World Energy 2020 report showed.

The significant increase in output was largely due to the adoption and widespread use of techniques such as hydraulic fracturing and horizontal drilling in the oil and gas industries in the US, which in 2008 kick-started an era known as the shale revolution.

With rich shale plays across continental US, Alaska and the US Gulf of Mexico region, the country managed to surpass Saudi Arabia and Russia to become both the world’s largest oil and crude producer.

Over the last 11 years, US production of oil and oil products showed a higher rate of increase at 135% than its biggest competitors in total oil output.

In November 2018, the US also surpassed both countries to take the top spot as the world’s largest crude producer.