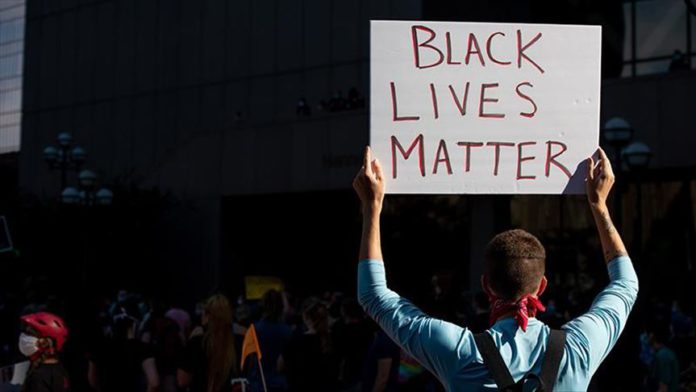 Peaceful “Can’t breathe” protests in the US state of Ohio turned violent early Friday as rage continues over the death of George Floyd, an unarmed black man who died in police custody in the neighboring state of Minnesota.

Hundreds of protestors stormed the State House in the capital Columbus amid clashes with police.

Shortly before the demonstrations turned violent, Columbus Mayor Andrew Ginther said that he understands the protestors’ anger but urged them to remain peaceful.

“I understand why some residents are angry and taking to the streets. I have said many times that racism exists across the country, state, and right here in Columbus. We are committed to addressing racism wherever we see it,” Ginther said on Twitter.

“I respect peaceful protests and ask residents to remain peaceful in their actions tonight and every night,” he added.

Video footage on Facebook showed him being handcuffed and cooperating.

Shortly after, Floyd appeared to lose consciousness, but the officer maintained his position over the prone man.

Four police officers have been fired over the killing, which sparked mass protests and an outcry against police brutality.

The phrase became a rallying point for protesters demonstrating against the killings of unarmed black men and women by police, and continues to resonate nearly six years later.

June 16, 2020
We use cookies to ensure that we give you the best experience on our website. If you continue to use this site we will assume that you are happy with it.Ok