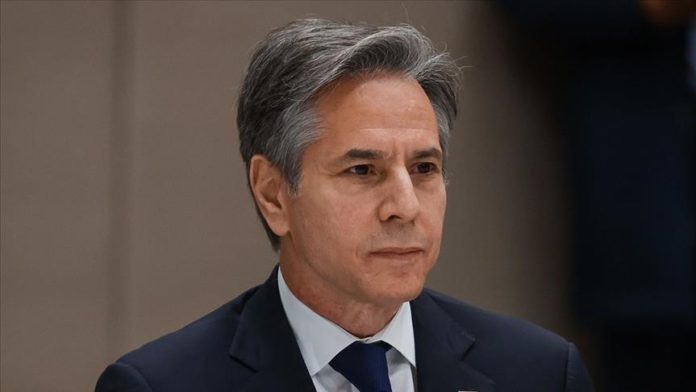 The US officially resumed operations Wednesday at its embassy in the Ukrainian capital, according to Secretary of State Antony Blinken.

“Three months ago, we lowered our flag over the U.S. Embassy in Kyiv, Ukraine, just days before Russian forces streamed across Ukraine’s border to carry out President (Vladimir) Putin’s unprovoked, unjustified war of choice,” Blinken said in a statement.

Washington relocated embassy operations to Lviv in western Ukraine in February due to the acceleration in the buildup of Russian forces ahead of its war that began Feb. 24.

“The Ukrainian people, with our security assistance, have defended their homeland in the face of Russia’s unconscionable invasion, and, as a result, the Stars and Stripes are flying over the Embassy once again,” he said.

“We stand proudly with, and continue to support, the government and people of Ukraine as they defend their country from the Kremlin’s brutal war of aggression,” said Blinken.

At least 3,752 people have been killed and 4,062 injured in Ukraine since the start of the war, according to UN estimates. The true toll is believed to be much higher.