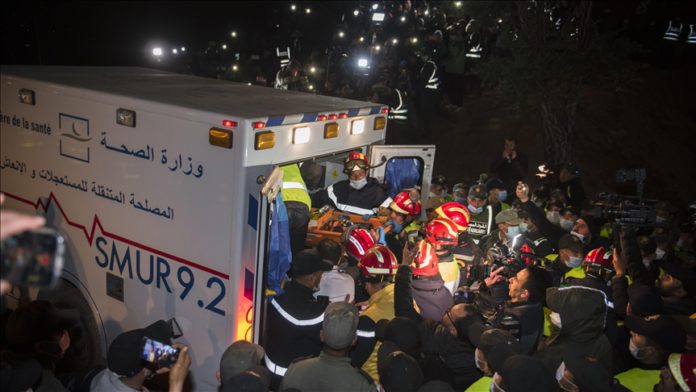 The US offered its condolences to Morocco on Monday over the death of a Moroccan boy who fell into a well.

“Today, we grieve with the people of Morocco as they mourn the passing of five-year-old Rayan Oram, who died tragically after falling into a well in the country’s northern region last week – despite a heroic four-day rescue operation,” State Department spokesman Ned Price said in a statement.

“Like millions around the world, we were awed by the dedication of the rescue team and the solidarity of the Moroccan people as they held out hope for Rayan’s survival. We offer our deepest condolences to Rayan’s family and all Moroccans,” he added.

Thousands of Moroccans bid farewell to the boy on Monday.

Rayan fell into a 32-meter (105-foot) deep dry well located outside his home in the village of Ighran in Morocco’s mountainous northern Chefchaouen province Tuesday evening and died after being trapped for four days. Rescuers managed to retrieve his body on Saturday in a tragedy that brought wide sympathy around the world.

Activists across the Arab world flooded social media platforms with messages of support and solidarity with Rayan’s family and rescuers, who spent days digging to save him from the well.

OPINION – China looks at Middle East to counter US domination