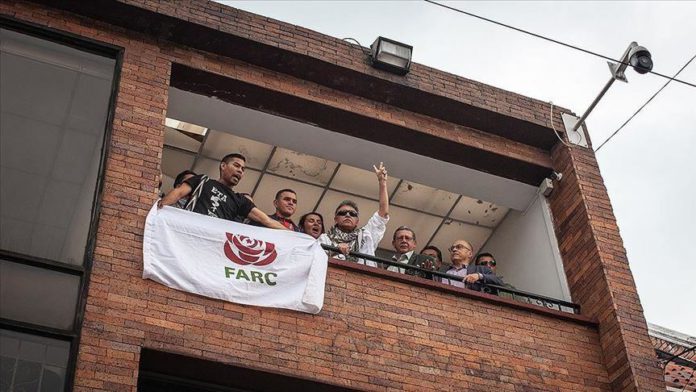 The US on Thursday offered rewards of up to $10 million each for a pair of former Colombia FARC rebel group leaders.

Secretary of State Mike Pompeo said Seuxis Hernandez-Solarte and Luciano Marin Arango “have a long history of involvement in drug trafficking activities, which resulted in their criminal indictments.”

They were reportedly key proponents of a 2016 peace deal the FARC reached with the Colombian government, but disavowed the accord and went into hiding after accusations they continued to traffic drugs after the deal was struck.

The Justice Department announced charges against the pair, as well as a host of Venezuelan officials including Venezuelan President Nicolas Maduro in March.

They are accused of partnering with the Cartel de Los Soles, or Cartel of the Suns, which is allegedly comprised of senior Venezuelan officials, to ship mass quantities of cocaine to the US.

“DEA and our partners are committed to dismantling narco-terrorist organizations such as the FARC, and the corrupt political regimes that support them,” Acting Drug Enforcement Administration (DEA) chief Timothy Shea said in a statement.

“For decades, the FARC has used drug trafficking to finance their terrorist activities, and partnered with corrupt Venezuelan elites to threaten United States and our allies. We hope these increased rewards will encourage those with valuable information to contact the DEA and, ultimately, bring to justice those seeking to harm the United States and betray the citizens of Venezuela.”