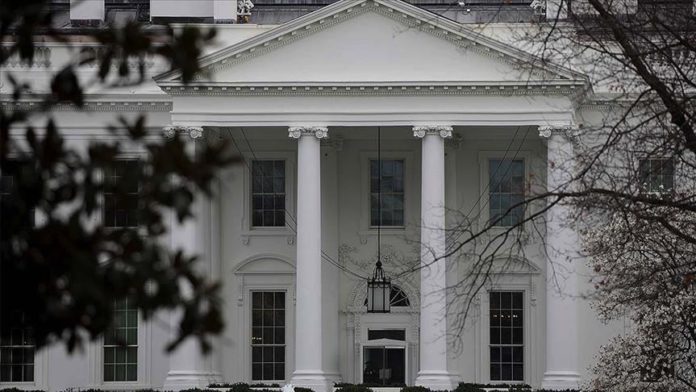 It is “no secret China mishandled” the novel coronavirus outbreak, the White House said Friday airing a list of grievances against Beijing.

In her first televised press briefing spokeswoman Kayleigh McEnany accused China of failing to share the virus’ genetic sequencing, and punishing a professor in Shanghai after he did so unilaterally.

China “slow-walked information on human-to-human transmission alongside the World Health Organization, and didn’t let US investigators in at a very important time,” she said. “We take displeasure with China’s actions.”

McEnany said she would not telegraph what forms of retaliation US President Donald Trump is considering one day after he hinted that he is considering the imposition of new tariffs on Chinese goods, sending already-hobbled markets spiraling.

All three major indices were posting losses in late-day trading with the Dow down over 580 points, or nearly 2.4%.

McEnany also addressed sexual assault allegations against presumptive Democratic candidate Joe Biden, saying the Trump administration is “pleased that the former Vice President has decided to go on the record.”

“It took him, what, less than 16 hours to follow the advice of the president of the United States, and come out and publicly address those claims,” she said, referring to Trump’s remarks on Thursday that Biden speak to the claims from a former Senate staffer after his campaign had denied them for weeks on his behalf.

Tara Reade, the staffer who worked for Biden when he was in the Senate, made the allegations last month after previously accusing him alongside other women of unwanted touching, for which he apologized.

But Reade, 56, additionally said he asked her in 1993 to hand deliver a bag to him in his office, and said when she completed the request he pushed her against the wall and penetrated her with his fingers.

“While the details of these allegations of sexual harassment and sexual assault are complicated, two things are not complicated. One is that women deserve to be treated with dignity and respect, and when they step forward they should be heard, not silenced. The second is that their stories should be subject to appropriate inquiry and scrutiny,” Biden said.

He called on the media to carry out that investigation, saying Reade’s story has a “growing record of inconsistencies.”

“This is an open book. There’s nothing for me to hide, nothing at all,” Biden said in a follow-up interview on MSNBC.