TurkishPress
Home News US: No charges against officer in Jacob Blake shooting 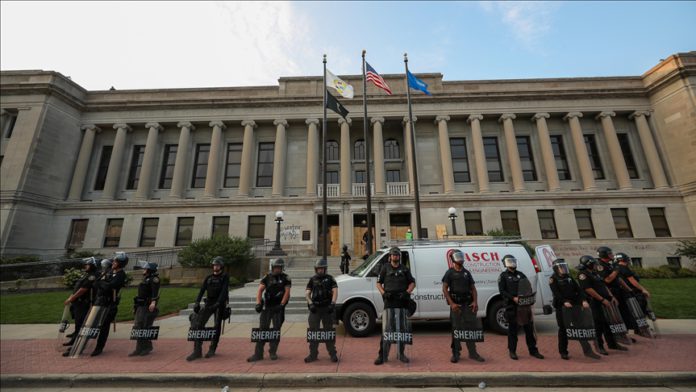 No charges will be filed against the white police officer who shot Jacob Blake, who is Black, last August, leaving him paralyzed, Kenosha County District Attorney Michael Graveley said Tuesday.

“It is my decision now…No Kenosha law enforcement officer in this case will be charged with any criminal offense based on the facts and the laws,” Graveley told reporters at a briefing.

He also said that no charges will be filed against Blake.

“This was a tragedy, first and foremost, for Jacob Blake, who still suffers from grievous injuries. These are life-lasting injuries that he suffers from today,” said the attorney.

Blake was shot in the back seven times by Rusten Shesky during an attempted arrest on Aug. 23 in Kenosha, Wisconsin, leaving him partially paralyzed.

The Kenosha County Sheriff’s Department officially declared a state of emergency on Monday ahead of the decision in the case, warning of “rioting, looting, damage to county and city property and civil unrest.”

Police officers opened fire on Blake as he opened the driver’s side door of an SUV and began to enter the vehicle with his back facing the two officers.

US Treasury provides $1.15B financing for Sudan