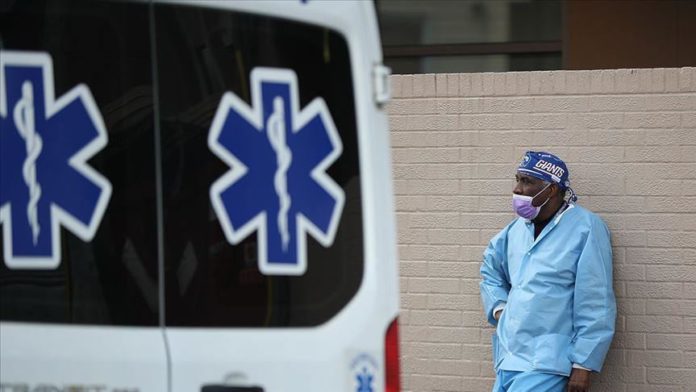 The number of people who died on Sunday reached 226, Cuomo said during his daily news conference, emphasizing the figure is still far higher than he would hope.

“This is the number that haunts me every day, and this number is not declining anywhere near as fast as we would like to see it decline,” Cuomo said during his daily news conference. “So we don’t become immune when we talk about these numbers: that’s 226 families, that’s wives, or brothers, or sisters or children that are now suffering the loss of a loved one.”

While the numbers are somber, New York state also continues to see a dip in the number of daily hospitalizations, recording 717 on Sunday.

Questions have now focused on when the state, including the US’s financial capital, New York City, will begin to reopen.

Cuomo cautioned that while shutting down the state was done quickly, reopening from what he called an “unsustainable” situation will have to be done in measured steps to prevent a resurgence of the virus that could further increase the coronavirus’ economic devastation.

“Knowing what we know, it’s more nuanced, you have to be more careful,” he said. “This is a very, very difficult period and people want to move on. Yes, but let’s be smart about what we do.”

In the nearly five months since the coronavirus was first detected in China over 3.5 million people have been infected, including nearly 250,000 people who have died, according to data from Johns Hopkins University.