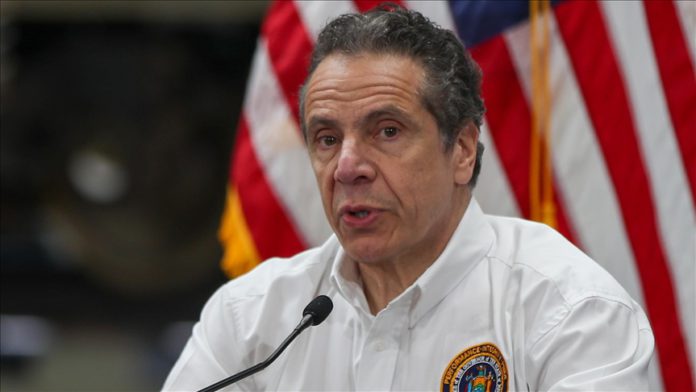 James said she received a letter from Beth Garvey, Cuomo’s special counsel, authorizing her to contact an outside law firm to conduct an investigation “into allegations of and circumstances surrounding sexual harassment claims made against the Governor.”

“This is not a responsibility we take lightly as allegations of sexual harassment should always be taken seriously,” James said. “As the letter states, at the close of the review, the findings will be disclosed in a public report.”

The letter, a copy of which the attorney general included in her statement, further says all New York state employees “have been directed to cooperate fully with this review.”

Cuomo is facing sexual harassment allegations from two women, including former aide Charlotte Bennett, who said in a New York Times story Saturday that Cuomo asked her about her sex life, and whether she had previously had sex with an older man.

“I understood that the governor wanted to sleep with me, and felt horribly uncomfortable and scared,” Bennett told the Times. “And was wondering how I was going to get out of it and assumed it was the end of my job.”

She is the second former aide to come forward after Lindsey Boylan, an economic official, alleged Cuomo repeatedly harassed her in incidents from 2016-2018. The alleged incidents include one in which Cuomo gave her an unsolicited kiss on the lips in his Manhattan office, she says.

Cuomo released on Sunday evening a statement in which he acknowledged “questions have been raised about some of my past interactions with people in the office,” maintaining he “never intended to offend anyone or cause any harm.”

“At work sometimes I think I am being playful and make jokes that I think are funny. I do, on occasion, tease people in what I think is a good natured way,” he said.

“I now understand that my interactions may have been insensitive or too personal and that some of my comments, given my position, made others feel in ways I never intended. I acknowledge some of the things I have said have been misinterpreted as an unwanted flirtation. To the extent anyone felt that way, I am truly sorry about that,” he added.

Cuomo denied ever “inappropriately” touching a colleague, and said he “never propositioned anybody” for sex.