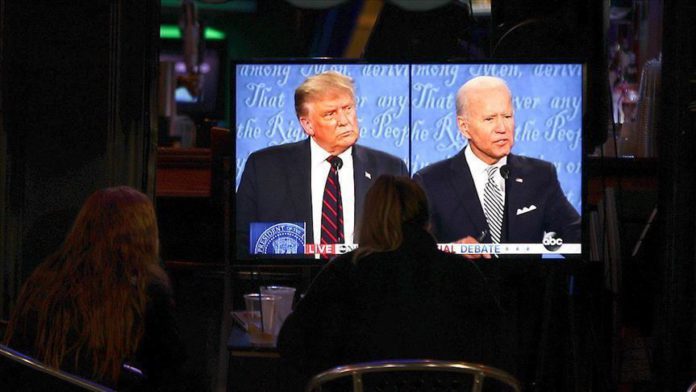 In the wake of the last widely criticized televised debate, US presidential candidates will have their microphones muted during some portions of their debate this week, the debate organizer announced Monday.

Under the new rules, President Donald Trump and his Democratic challenger, former Vice President Joe Biden, will each have two minutes of uninterrupted time to speak at the beginning of every 15-minute segment of Thursday’s debate, the Commission on Presidential Debates said in a statement.

“The only candidate whose microphone will be open during these two-minute periods is the candidate who has the floor,” the statement said.

The statement urged the candidates to be “respectful of each other’s time, which will advance civil discourse for the benefit of the viewing public.”

The rule change came after Trump was largely blamed for as many as 128 interruptions – according to journalist Jeremy Stahl – at the Sept. 29 debate. Biden and debate moderator Chris Wallace also came under criticism, but to a lesser extent.

Trump and Biden had been scheduled for a debate on Oct. 15, but it was canceled due to a dispute over safety protocols after the president contracted COVID-19.

In more news in the runup to Election Day on Nov. 3, the US Supreme Court Monday ordered the key swing state of Pennsylvania to accept mail-in ballots that arrive up to three days after the election.

Under the order, election officials in the state now can receive and count ballots until Nov. 6, which is seen as a defeat for Republicans, who have argued that counting late ballots would create confusion in the election.

Trump himself has argued a winner should be announced just after the elections and claimed mail-in voting is unsafe, saying, “Get rid of the ballots.”

Most election observers say his claims of security concerns are unwarranted.

Dozens injured in clash during protests in Lebanon