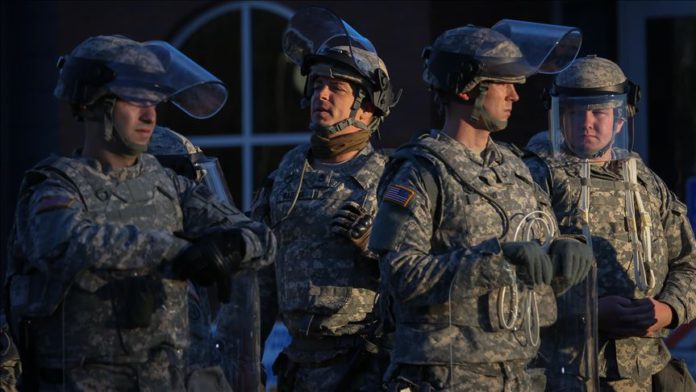 The US National Guard has been called on to deploy to the midwestern city of Kenosha, Wisconsin on Monday after a police shooting left a Black man in serious condition and sparked mass unrest.

Governor Tony Evers said 125 guard members would be in the city by 8:15 p.m. local time (0115 GMT), serving in what he said would be a “limited” fashion “focused on supporting the needs of local first responders to protect critical infrastructure, such as utilities and fire stations, and to ensure Kenoshians are able to assemble safely.”

“I know folks across our state will be making their voices heard in Kenosha and in communities across Wisconsin. Every person should be able to express their anger and frustration by exercising their First Amendment rights and report on these calls to action without any fear of being unsafe,” Evers said in a statement.

The move comes after a Black man, identified by Evers as Jacob Blake, was shot in the back seven times in an incident that has triggered widespread outrage and made Kenosha the latest flashpoint of the US’s continued struggle with racial injustice and police shootings of unarmed Black men.

The shooting occurred as police were responding to a “domestic incident,” the Kenosha Police Department said in a statement.

Graphic bystander video that emerged on social media appears to show Blake being shot multiple times after he opens the door to a car and reaches inside.

Attorney Ben Crump, who has been retained by Blake’s family, said Blake was shot after he attempted to “deescalate a domestic incident.”

“As he was walking away to check on his children, police fired their weapons several times into his back at point-blank range,” Crump’s office said in a statement. “Blake’s three sons were only a few feet away and witnessed police shoot their father.”

Crump represents the families in several high-profile shootings of Black men, including those of George Floyd and Ahmaud Arbery.

Kenosha County has declared a state of emergency, which will go into effect at 8:00 p.m., shortly before the National Guard are to arrive in the city. It is expected to run until 7 a.m.