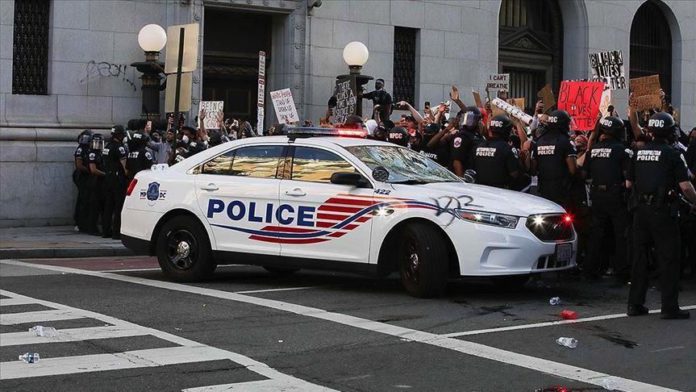 Mayor Muriel Bowser ordered a new two-day curfew that will go into effect Monday evening as the US capital continues to face sustained nightly demonstrations that have repeatedly devolved into violence and looting.

In announcing her order, Bowser said “every single American should be outraged by the murder of George Floyd,” the 46-year-old unarmed black man who died in police custody May 25 after an officer knelt on his neck for nearly nine minutes.

“I want to be very clear about something: as the nation’s capital we are frequent hosts to First Amendment demonstrations, and we applaud the American spirit of protests, and especially protest to their federal government,” she told reporters during a news conference. “However, we will not allow the continued destruction of our hometown by people who are coming here to protest or by D.C. residents.”

The curfew will go into effect at 7 p.m. local time, and will run for two days, Bowser said, maintaining “smashed windows and looting are becoming a bigger story than the broken systems that got us here.”

Bowser previously issued an 11 p.m. curfew for Sunday, but the night was still filled with demonstrations that repeatedly led to mass property damage and injuries.

Most of the destruction and looting that took place Sunday night was centered around the White House with several buildings vandalized or set ablaze, including the historic St. John’s Church where firefighters were able to extinguish the blaze before the structure was enveloped.

Looting was also reported in northwest and northeast Washington, D.C., as well as in Georgetown, the long-standing home to upscale shopping in the nation’s capital.

Members of the media and essential workers are being excluded from the curfew when it begins Monday night, Bowser said.