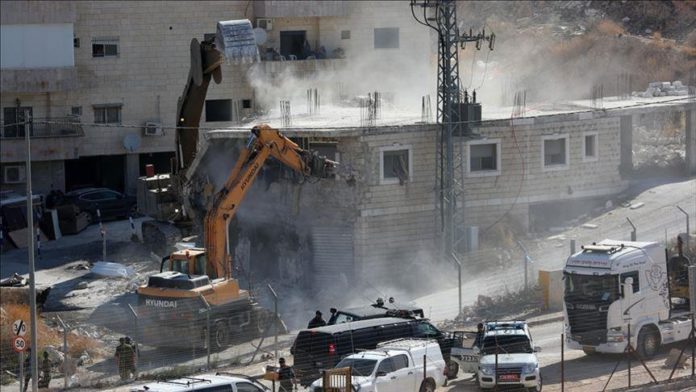 The Council on American-Islamic Relations (CAIR) on Tuesday urged US President Joe Biden to condemn Israel’s demolition of Palestinian homes and businesses in East Jerusalem.

“Israel’s apartheid government is using American taxpayer dollars to engage in yet another campaign of ethnic cleansing against the Palestinians, this time in Silwan,” CAIR National Executive Director Nihad Awad said in a statement. “They are illegally seizing the land of Palestinians, forcing families to destroy their own homes or face fines if the Israeli government destroys them.”

The CAIR chief said Biden and Secretary of State Antony Blinken have the political power to “defend the human rights of Palestinians and to speak out against injustice.”

Israeli forces demolished a shop and an apartment in the Silwan neighborhood in occupied East Jerusalem on Tuesday, according to residents.

They said authorities cited a lack of building permits for razing the two structures in the al-Bustan and Al-Suwayeh quarters of the neighborhood.

The Palestinian Red Crescent said 13 medics were injured during the violence.