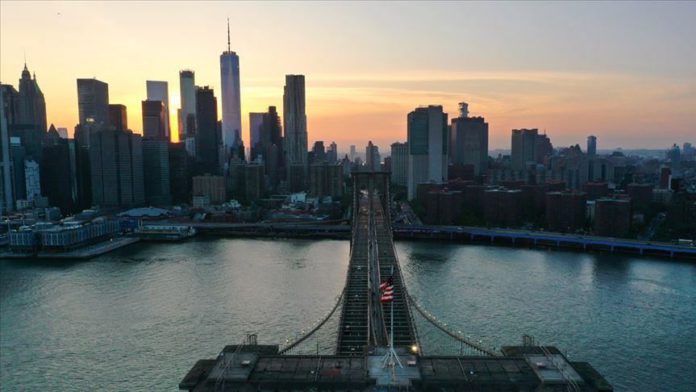 A group of artists will hold a virtual two-day music festival over the weekend to aid Native-American communities in their fight against the novel coronavirus.

The Underground Musicians For Navajo/Pueblo group are organizing the festival, which is slated to host over two-dozen local and internationally-known musicians from a host of genres including blues, jazz, country and folk, according to its official Facebook page.

Donations taken on Saturday will benefit the Official Navajo Nation COVID-19 Relief Fund, while those taken Sunday will go towards the Pueblo Relief Fund.

Joe Frankland, one of the organizers, told the Durango Herald newspaper, that all of the donations will be made to the two funds.

Those who attend the festival virtually will be able to join via Facebook Live beginning at 12:30 p.m. Eastern Time (1630 GMT) with performances continuing into the night before Sunday’s shows, which span a slightly shorter time frame.

The Navajo Nation has nearly 5,000 confirmed COVID-19 cases and 159 confirmed deaths, according to official data maintained by the Navajo Department of Health. The situation in the Pueblo communities is less clear.

Native communities have been particularly hard-hit by the pandemic, with leaders warning of a lack of resources to cope with the health crisis.

Tribes, which are sovereign under US law, were allocated $8 billion under a congressional plan known as the Coronavirus Aid, Relief, and Economic Security (CARES) Act to mitigate the economic fallout caused by the novel coronavirus.

The Trump administration had sought to provide the funding to Alaska Native corporations instead of the 574 tribes that have federal recognition, prompting lawsuits from over a dozen tribal governments and a temporary injunction from a federal judge that halted the plan late last month as litigation continues.

In the interim, only some of the funding has made its way to the tribal governments.

“The federal response to covid-19 in Indian Country is unacceptable — and the American people strongly agree,” Senator Elizabeth Warren, who sought the Democratic presidential nomination, wrote in the Washington Post this week.

“It’s beyond time for the federal government to take decisive action to empower Native nations. The American people want it, and our moral and legal responsibilities require it.”