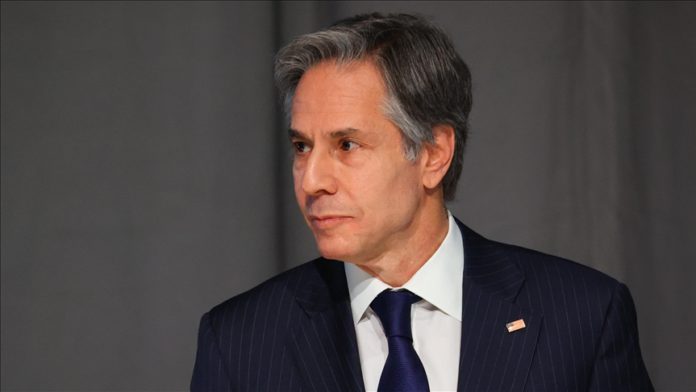 The US is moving its embassy operations in Ukraine from the capital Kyiv to the country’s western city of Lviv, Secretary of State Antony Blinken said on Monday.

In a statement, the top diplomat said he ordered the measure for safety of the embassy staff and reiterated his call for US citizens in Ukraine to leave the country.

“We are in the process of temporarily relocating our Embassy operations in Ukraine from our Embassy in Kyiv to Lviv due to the dramatic acceleration in the buildup of Russian forces,” said Blinken.

Lviv is the largest city in western Ukraine.

“The Embassy will remain engaged with the Ukrainian government, coordinating diplomatic engagement in Ukraine. We are also continuing our intensive diplomatic efforts to deescalate the crisis,” he added.

Russia has amassed more than 100,000 troops near Ukraine’s borders, prompting fears it could be planning another military offensive against the former Soviet republic.