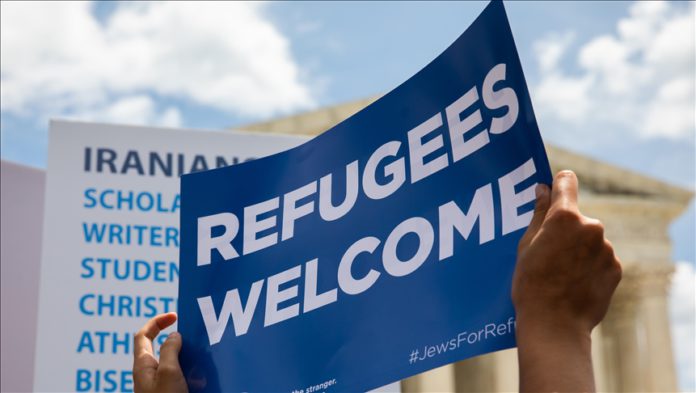 US President Joe Biden said Thursday he would sign off on dramatically raising the level of refugee admissions to the country after his predecessor worked year after year to draw down the figure.

In announcing his executive action, Biden said the international community is facing an “unprecedented” challenge as over 80 million people are currently displaced worldwide, maintaining the US must meet the challenge and restore its “moral leadership on refugee issues.”

“We shined the lamp of liberty on oppressed people, we offered safe-havens for those fleeing violence or persecution, and our example pushed other nations to open wide their doors as well,” Biden said at the State Department. “So today I’m approving an executive order to begin the hard work of restoring our refugee admissions program to help meet the unprecedented global need.”

The US had led the world in refugee resettlement for decades until former US President Donald Trump came to office in 2017 with a hardline approach to all forms of immigration. Trump sharply curtailed asylum seeker admissions from 110,000 when he assumed office to a maximum of 15,000 in his final year, an all-time low.

Biden pledged a cap of 125,000 refugee admissions, though Trump’s level runs through the current fiscal year that ends in September. But Biden said he is directing the State Department to consult with lawmakers to make “a down payment on that commitment as soon as possible.”

It is unclear what the “down payment” is that Biden was referring to, and the White House had yet to send a copy of the actual order. But it likely has to do with increasing the number of admissions prior to the start of fiscal year 2022 in October.