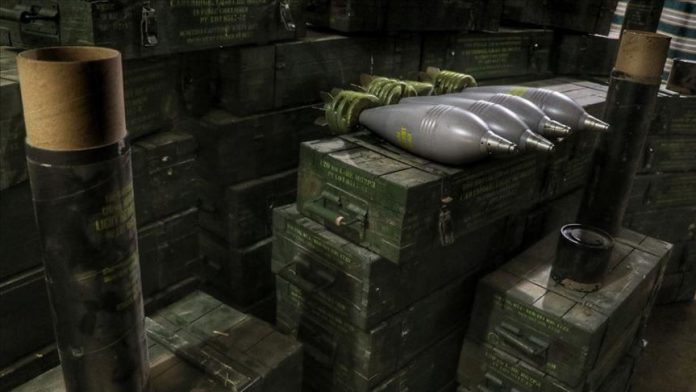 Belying U.S. promises to retrieve arms and ammunition it gave to terror group supposedly to fight ISIS/Daesh, U.S. mortar shells have been found in northeastern Syria in ammunition stores belonging to YPG/PKK terrorists.

Since the start of Turkey’s anti-terror operation in northern Syria last month, the terrorist YPG/PKK has martyred 17 civilians – including a woman, two children, and one infant — and injured 36 in southern Turkey using mortars fired across the border from northern Syria.