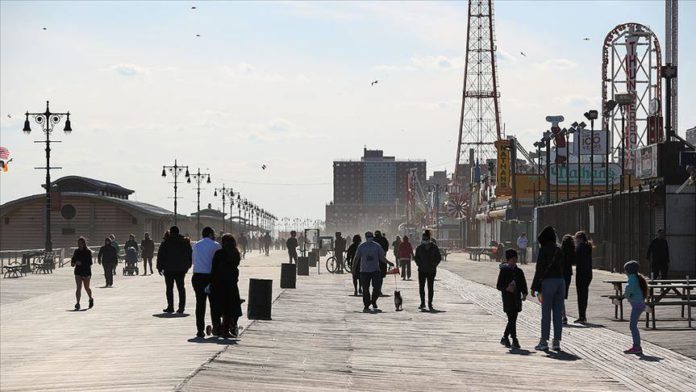 As states around the country continue the process of reopening, a predictive model from the University of Washington is estimating a corresponding increase in the number of virus-related deaths caused by more frequent human contact.

The university’s Institute for Health Metrics and Evaluation modeling predicts 137,184 virus-related deaths by the beginning of August, up from an earlier estimate of 134,475 fatalities.

The increase is largely due to increased human movement, said institute Director Dr. Christopher Murray who also cautioned that it will likely result in a slowed reduction in the number of daily deaths.

“The increase is explained primarily by people’s movements, as captured in anonymous mobility data from cell phones,” Murray said in a statement released Sunday. “We’re also seeing fewer deaths expected in some states; however, we’re now forecasting slower downward trajectories in deaths after states hit their peaks in daily deaths.”

“Unless and until we see accelerated testing, contact tracing, isolating people who test positive, and widespread use of masks in public, there is a significant likelihood of new infections,” he added.

This week, nearly all states have begun easing stay-at-home orders and other efforts meant to limit the spread of the novel coronavirus. Georgia and South Carolina were the earliest to begin their phased reopenings.

Many states are building up what are known as contact tracing teams, which help to identify people a person who tests positive came into contact with before they were confirmed to have the virus. That helps public health officials to mitigate the further spread of the virus, which will be particularly helpful as reopenings continue.

The US remains the country most afflicted by the coronavirus pandemic with over 1.3 million confirmed infections and nearly 80,000 deaths, according to data from Johns Hopkins University.