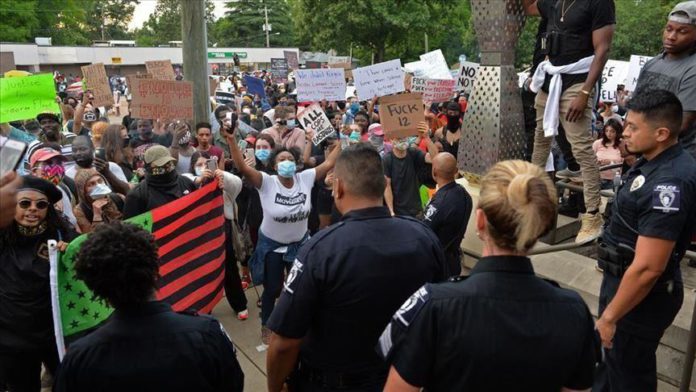 Minnesota Governor Tim Walz extended Monday the curfew for two days, as ongoing protests over the death of George Floyd turned into violence and were marred by looting and arsons in Minneapolis and St. Paul cities.

The governor emphasized that there is “a clear delineation” between people “who are rightly pained and angry, expressing it in lawful ways” over Floyd’s killing “and those who are bent on wanton destruction.”

Maj. Gen. Jon Jensen of the Minnesota National Guard also said that the Guard will begin pulling back on 7,000 forces currently mobilized over riots, warning it could be reversed if needed.

“This is not an order to return the entire organization back home,” Jensen added.

Despite curfews in major US cities, demonstrators took to the streets for the sixth day of protests Sunday.