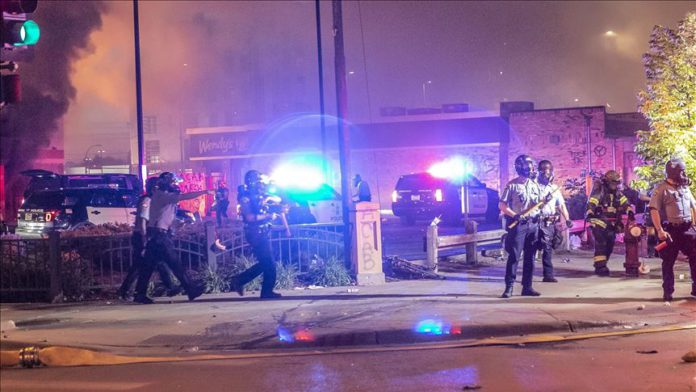 The governor of the US state of Minnesota activated the National Guard on Thursday to ensure safety and peace amid protests over the death of George Floyd.

The move came in the wake of looting and arson during ongoing protests over Floyd’s killing and requests from local leaders “after extensive damage to private property occurred and peaceful protests evolved into a dangerous situation.”

“While many Minnesotans are taking extensive safety precautions while exercising their right to protest, the demonstration last night became incredibly unsafe for all involved. The purpose of the National Guard is to protect people, to protect people safely demonstrating, and to protect small business owners,” said Lieutenant Governor Peggy Flanagan.

On Wednesday, protests continued in Minneapolis for a second day, with large crowds gathering outside the 3rd Precinct police headquarters as demonstrators hurled bottles and rocks at police.

An AutoZone auto parts store across from the precinct was set on fire. Looters raided a Target department store and carried out TVs and clothing. Looting was also reported at a tobacco store, a Dollar Tree and a liquor store.