TurkishPress
Home Americas US & Canada US: Minneapolis to ban chokehold after Floyd death 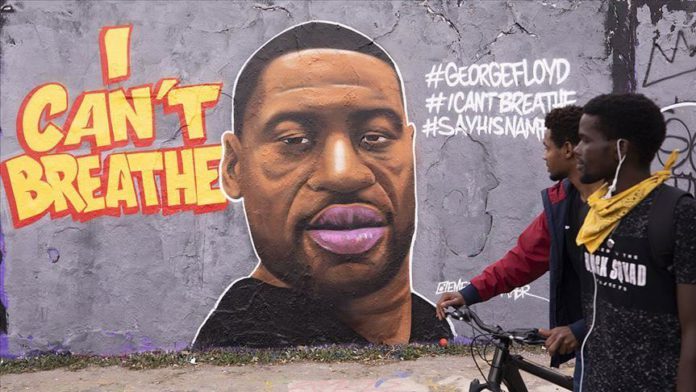 The Minneapolis Police Department may soon no longer be able to perform chokeholds and use neck restraints on suspects following the death of an unarmed black man who was pinned to the ground for nearly nine minutes, according to an agreement approved by the City Council Friday.

The agreement, struck between the city’s negotiators and the Minnesota Department of Human Rights and subject to approval from a judge, would also require police to halt and report any instances where fellow officers violate the policy to their superiors.

The agreement comes in response to the death of George Floyd, who died after fired Officer Derek Chauvin pinned his neck to the ground with his knee even after Floyd, who was in handcuffs, appeared in bystander video to lose consciousness.

Chauvin and three other officers at the scene have been fired and face charges. One of them prominently stood by as the tragedy unfolded, keeping bystanders away as Floyd pleaded that he could not breathe.

In addition to the chokehold measures, the agreement seeks greater restrictions for police to use crowd-control weapons, and would bolster transparency in how police discipline is handled, according to the Star Tribune local newspaper, which posted a copy of the 10-page document.

Floyd’s May 25 death has sparked ongoing mass demonstrations in cities across the US, demanding an end to racial injustice and police brutality.