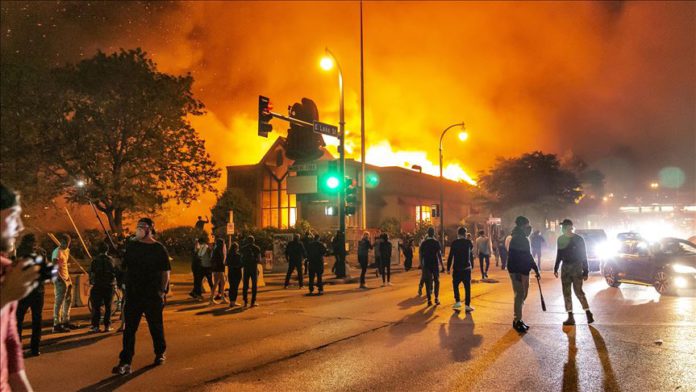 Minneapolis, Minnesota Mayor Jacob Frey said Friday he imposed a mandatory curfew because of ongoing protests regarding the death of George Floyd.

“During the hours of curfew, all persons must not travel on any public street or in any public place,” Frey said in the order.

Floyd, 46, a black man, was arrested Monday after reportedly attempting to use a counterfeit $20 bill at a local store.

But police claimed he resisted arrest. A white officer kneeled on his neck, despite Floyd’s repeated pleas of “I can’t breathe.”

Additional charges could be forthcoming as the investigation is ongoing, and Freeman said three other officers involved could also face charges.

Protests since Monday turned violent and was marred by looting and arson in Minneapolis and in other parts of the US.