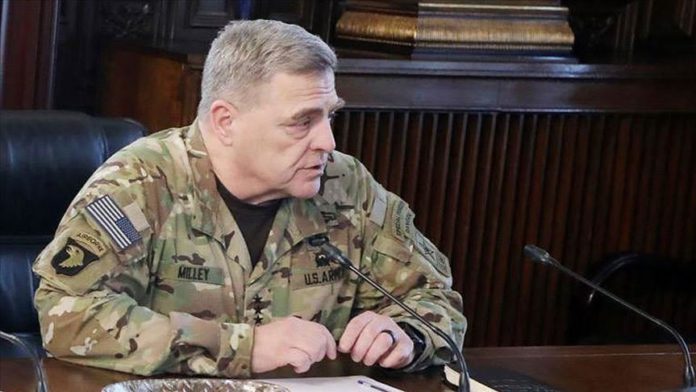 “I should not have been there,” Milley was quoted by The Associated Press while speaking at the graduation of the National Defense University.

“My presence in that moment and in that environment created a perception of the military involved in domestic politics,” he said. “As a commissioned uniformed officer, it was a mistake that I have learned from.”

Last week, after a White House news conference, Trump made a surprise visit by walking to the historic church after police used tear gas and flash bangs to clear away protesters from near the executive mansion.

Trump posed with a bible outside the church across from Lafayette Park.

That was after the president sparked outrage for threatening to use the military to crack down on protests if state governors failed to contain street violence.

The two-week protests nationwide came in response to the death of George Floyd, a handcuffed, unarmed black man who died in police custody May 25 after having his neck kneeled on by a since-fired white police officer for nearly nine minutes.