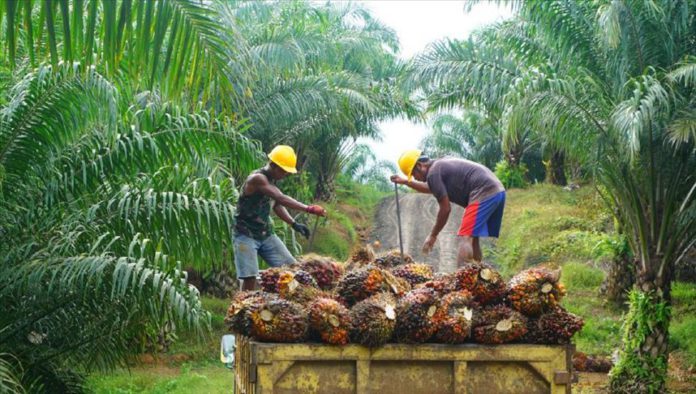 Indonesia’s palm oil sector said on Friday that US sanctions on Malaysian palm oil firms had damaged the image of the palm oil industry.

“The sanctions put by the US Customs and Border Protection Office CBP against Malaysian FGV Holdings Berhad regarding forced labor allegations remain unclear. There should be a formal notice from the US government regarding this issue,” the head of the Association of Indonesian Palm Oil Entrepreneurs (GAPKI), Kanya Lakshmi Sidarta, told Anadolu Agency.

“Palm oil is the main export commodity for both Malaysia and Indonesia, so Indonesia will be affected by the sanctions as well. It can be US’s attempt to disrupt the industry as it did not go well before,” she added.

Noting that Indonesian palm oil companies were often unable to unload their goods at US ports for various reasons, Kanya said actors in the sector were more careful due to campaigns against the industry often focusing on its labor issues.

In fact, she said, allegations of child and forced labor had been proven to be unfounded.

GAPKI confirmed that the FGV was currently working on the matter to clarify the evidence and analyze the basis of the sanctions.

“We’re concerned because there’s the possibility of unilateral judgment from US institutions,” said Kanya.

She noted that GAPKI has been questioning the credibility and authority of the Customs and Border Protection Office to carry out investigations into the palm oil industry, especially in Indonesia and Malaysia.

“The palm oil industry is relatively stable despite the COVID-19 pandemic, so it often becomes the target of slander,” Kanya explained.

Meanwhile, the head of GAPKI’s Foreign Affairs Division, Fadhil Hasan, stressed that even if some companies were guilty of forced labor, this could not be generalized onto the entire industry.

“As for now, we shouldn’t jump to conclusions because we’re still waiting for clarification from the FGV,” he added.

Fadhil said Indonesian companies were still exporting palm oil to the US, so he hoped this case would not affect other palm oil companies.

The US issued a banning order against FGV on Wednesday, saying it found indicators of forced labor, including concerns about child abuse, along with other forms of misconduct including physical and sexual violence.

The ban applies to palm oil and its derivative products produced by the subsidiary of the Federal Land Development Authority (FELDA).