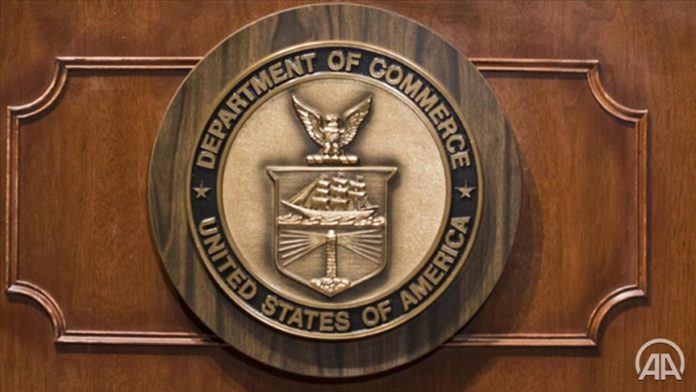 ANKARA (AA) – The US Department of Commerce blacklisted 34 entities for their actual or potential involvement in activities “contrary to the foreign policy and national security interests” of the US.

Of the 34 entities, 14 were based in China and “have enabled Beijing’s campaign of repression, mass detention, and high-technology surveillance against Uyghurs, Kazakhs, and members of other Muslim minority groups in the Xinjiang Uyghur Autonomous Regions of China where the PRC continues to commit genocide and crimes against humanity,” the department said in a press release.

Another five entities “directly supporting” China’s military modernization programs were also listed, while eight others were added for “facilitating the export” of US items to Iran.

While six entities were blacklisted for their “involvement in the procurement” of US-origin electronic components, which it said were “likely in furtherance of Russian military programs,” while one was added to the military end-user list under the destination of Russia.

“The Department of Commerce remains firmly committed to taking strong, decisive action to target entities that are enabling human rights abuses in Xinjiang or that use US technology to fuel China’s destabilizing military modernization efforts,” Secretary of Commerce Gina Raimondo said in the statement.

“We will continue to aggressively use export controls to hold governments, companies, and individuals accountable for attempting to access US-origin items for subversive activities in countries like China, Iran, and Russia that threaten U.S. national security interests and are inconsistent with our values,” she added.

China has been widely accused of putting the Uyghurs population into camps and there have been reports of the forced sterilization of Uyghur women. Many Uyghurs — as many as 1.6 million, according to the World Uyghur Congress — have left China to live abroad.

China has repeatedly denied allegations it is operating detention camps in the northwestern autonomous region, claiming instead that it is “re-educating” Uyghurs.