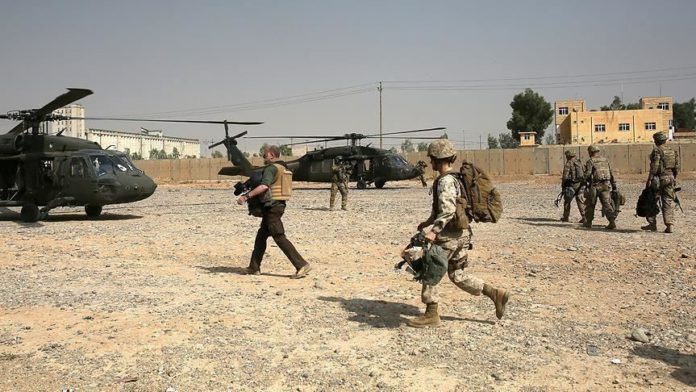 The US-led coalition against Daesh/ISIS on Sunday withdrew from the Taji military base in Iraq and handed it over to the Iraqi army, according to the coalition.

“The movement of coalition military personnel is part of a long-range plan coordinated with the government of Iraq,” the coalition said in a statement.

It said the Taji base, 85 km north of Baghdad, was a prime location for the training of the Iraqi forces.

Maj. Gen. Tahsin al-Khafaji, a spokesman for the joint operations of the Iraqi army, said the troop withdrawal comes under an agreed timetable to hand over other military bases across Iraq.

This is the seventh military base to be handed over to the Iraqi army this year.

The pullout comes amid rising attacks by Iranian-backed militias on bases housing US troops and diplomats in Iraq.

US officials have repeatedly accused the Iraqi Hezbollah Brigades, which operates under the umbrella of the Popular Mobilization Forces (Hashd al-Shaabi), of launching rocket attacks on military bases that host US troops and other facilities in Iraq.

Such attacks have increased since the US assassinated Iranian General Qasem Soleimani in a drone attack in Baghdad in early January.

Currently, there are around 5,000 US forces along with other 2,500 troops in Iraq under the US-led coalition.

Following his talks with US President Donald Trump in Washington this week, Iraqi Prime Minister Mustafa al-Kadhimi said the American president has vowed to withdraw all US troops from Iraq within three years.