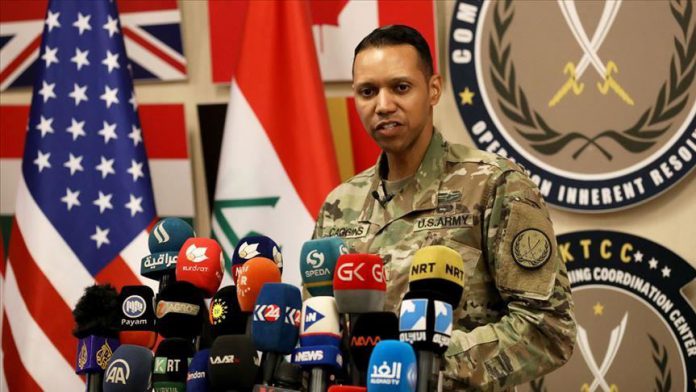 The spokesman for the U.S.-led anti-Daesh/ISIS coalition tweeted Monday a Kurdish proverb abused by the PKK terror organization.

The post featured a retweeted video from the Voice of America in which an all-female class of SDF recruits was seen during the opening of a so-called academy in northeastern Syria.

One of the trainees tells the news outlet that they are ready to fight Turkish forces and their allies.

In response, Coalition spokesman Myles Caggins said the coalition “supports the military training of SDF specifically for the mission to defeat ISIS remnants in eastern Syria.”