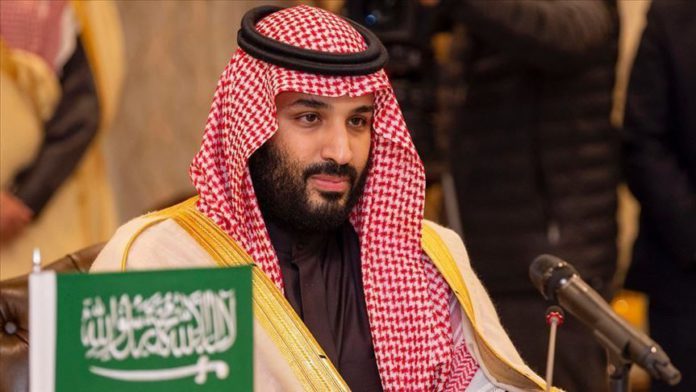 A lawsuit in the US has alleged that Saudi Arabia’s crown prince sent a death squad first to the US and then to Canada to kill Saad Aljabri, a former senior Saudi intelligence figure and longtime partner of the US intel community.

The hit squad failed in its bid to get past Canadian border guards at Pearson International Airport to eliminate Aljabri, who had fled Saudi Arabia in 2017 and was residing in Toronto.

According to a 106-page lawsuit filed Aug. 6 in the District Court in Washington, the incident occurred just days after the brutal murder of Saudi national and Washington Post journalist Jamal Khashoggi, a vocal critic of the dealings of Crown prince, in October 2018.

Two of Aljabri’s relatives are in custody after armed men invaded the family home in Riyadh and took his son and daughter, the lawsuit alleges, and other relatives have been detained. Aljabri contends the assault was meant to lure him back to Saudi Arabia.

According to the case file, bin Salman and Aljabri, who then had a senior role in the kingdom’s Interior Ministry, had a falling out in 2015 over the crown prince’s request to hunt down and extrajudicially interrogate a Saudi prince in Europe who had criticized bin Salman’s father, King Salman, on social media.

Aljabri reportedly refused an “immoral, unlawful” request by the then-deputy crown prince to deploy Saudi Arabia’s counterterrorism agency Mabahith to forcibly bring back the Saudi prince to the country, saying that such a move would hurt the kingdom’s image and interests. Furious, bin Salman decided to terminate Aljabri’s role in the government and formed a “Tiger Squad,” or in Arabic, “Firqat el-Nemr,” that did not question his orders.

Since then, the court documents say the Tiger Squad was believed to have been used to “carry out numerous personal vendettas of Defendant bin Salman, including having abducted additional Saudi royals; poisoned a judge who expressed opposition to Defendant bin Salman’s Vision 2030 economic plans; tortured and sodomized a religious cleric using a broomstick; and personally tortured, executed and dismembered Jamal Khashoggi in the Saudi consulate in Istanbul in October 2018.”

Critics have accused bin Salman of increasingly becoming more aggressive in consolidating power since he assumed the role of crown prince after ousting and arresting his cousin Muhammad bin Nayef in a June, 2017 coup.

The court documents accuse bin Salman of trying to dispose of Aljabri to deprive the US intelligence community of a deeply knowledgeable source on issues central to the national security of the United States and who could undermine Riyadh’s influence and support from the Trump White House.

Aljabri’s inputs on the Khashoggi investigation have allegedly played a key role in the CIA’s assessment that bin Salman is behind the murder.

What is the Tiger Squad?

The Tiger Squad, according to the lawsuit, “is a private death squad made up of approximately 50 intelligence, military, and forensic operatives recruited from different branches of the Saudi government with one unifying mission: loyalty to the personal whims of Defendant bin Salman.”

Its activities are directed and supervised by bin Salman and his close aides such as Saud al-Qahtani, Ahmed al-Assiri and Bader al-Asaker, who are also defendants in the lawsuit along with many others.

Its members, who possess a variety of “experience and expertise” in locating and “executing a target and covering up the murder” have allegedly carried out numerous covert killings and attempted killings at bin Salman’s behest since the so-called Tiger Squad was formed in 2015.

The lawsuit claims that, as its first order of business, the squad kidnapped the prince in Europe via private jet and brought him back to Saudi Arabia, where he was tortured at the hands of al-Qahtani. Bin Salman and al-Qahtani subsequently bragged that they were able to accomplish their objective without the support of official Saudi ministries.