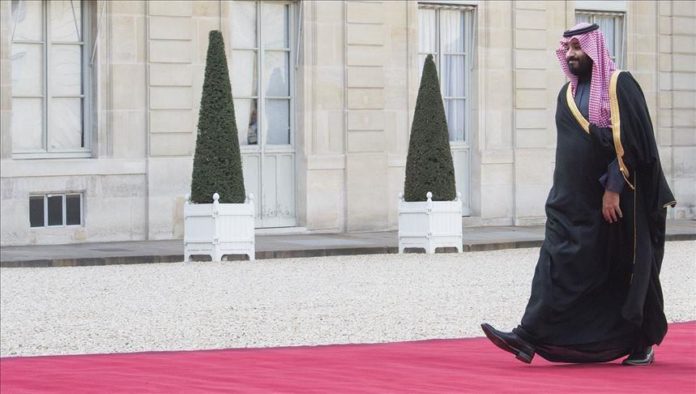 Saudi Crown Prince Mohammed bin Salman is under yet another dark cloud, this time for allegedly ordering a hit team to kill a former top intelligence agent of the Kingdom.

The Tiger Squad, a team of mercenaries put together by MBS, as he is known, failed in its bid to get past Canadian border guards at Pearson International Airport and liquidate Saad Aljabri, who had fled Saudi Arabia and was residing in Toronto.

According to a lawsuit filed Thursday in US District Court, the incident occurred just days after the brutal murder of Saudi national and Washington Post journalist Jamal Khashoggi, a vocal critic of the dealings of the Saudi crown prince, in October 2018.

But MBS, who became the heir apparent to his father the king in 2015, has endured many black clouds as he led the world to believe he would spearhead reform in Saudi Arabia.

Instead of reform, he has killed or deposed his enemies from within and, having cleared the field, has now moved to bury external enemies in the dunes of sand wherever they are residing.

There have been token nods to human rights – in June 2018, the Kingdom finally allowed women to drive cars. But in the main, he has persecuted his family’s critics – the brutal murder of Khashoggi is but one example. He was a staunch critic of MBS and was lured into the Saudi consulate in Istanbul and tortured, murdered and dismembered.

The world was outraged, and most leaders agreed that MBS gave the order to silence the journalist.

He also pursued an aggressive foreign policy, which, if everything had gone according to plan, would have seen the end of the independent news channel Al-Jazeera, which MBS could not control. He also wanted the Iranian embassy closed and tried to make tiny Qatar align itself with Riyadh’s wishes.

None of it has come to pass.

His worldwide propaganda tour to Egypt, the UK, the US, France and Spain in 2018 gave hope.

But the goodwill generated by the global stops was sacrificed, triggered by the Khashoggi killing.

The crown prince has clearly shown that he has not learned from the past and does not concern himself with courting public opinion.

The reason for the hit squad seeking to liquidate Aljabri, a 106-page lawsuit claims, is that he knows too much and has close ties to the American intelligence apparatus, where he is respected, and may air MBS’s dirty laundry.

“That combination of deep knowledge and enduring trust by top US officials is why there is virtually no one defendant bin Salman wants dead more than Dr. Saad,” the lawsuit, seen by Anadolu Agency, alleges.

Aljabri is a permanent resident of Canada. An aide to Crown Prince Mohammed bin Nayef, once a rival to the throne before bin Nayef was removed by a coup, Aljabri fled to Turkey in May 2017 and then Canada. He is claiming unspecified damages from MBS and others because they masterminded an “attempted extrajudicial killing” and were guilty of violating international law.

It goes on to say that Aljabri made records “in anticipation of his killing.”

Aljabri also fears that he is still in danger of assassination via agents who will cross into Canada from the United States, rather than fly in from abroad.

Two family members are in custody after armed men invaded the family home in Riyadh and took Aljabri’s son and daughter, the lawsuit alleges, and other relatives have been detained.

Aljabri contends the reason is to try to lure him back to Saudi Arabia.

Toby Jones, a history professor specializing in the Middle East at a New Jersey university, told the Toronto Star newspaper that it is “entirely believable that bin Salman would seek to murder those he sees as dangerous to him.”

“This kind of violence has a long political history in Saudi Arabia,” Jones said. “Leaders there have allegedly been involved in the kidnapping or assassination of critics and dissidents from Beirut to London to Istanbul since the 1970s. And has long been the case, the Saudis enjoy almost complete impunity.

“Saudi oil and money long ago bought American and Western silence and their willingness to look away.”

Aljabri is not the only dissident under the glare of the nefarious crown prince.

In June, Saudi critic Omar Abdulaziz, who also now resides in Canada, said he was warned by the Royal Canadian Mounted Police that there is a possible plot against him.