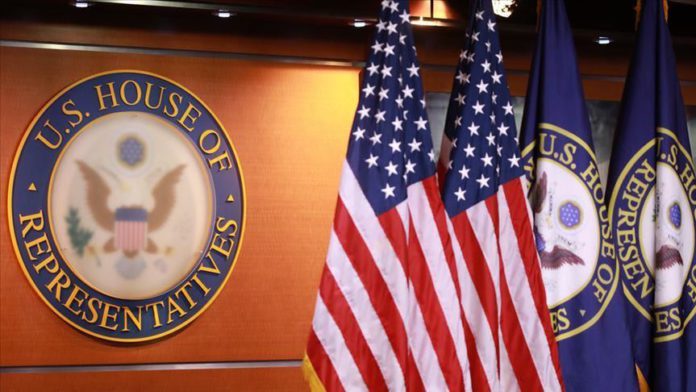 Four US progressive congresswomen voiced “deep” concern over Israel’s planned annexation of parts of the occupied West Bank, according to a report Monday.

Jewish Insider reported that a letter on the matter is addressed to State Secretary Mike Pompeo and is signed and being circulated by Representatives Alexandria Ocasio-Cortez, Rashida Tlaib, Pramila Jayapal and Betty McCollum.

The letter warned that the annexation, which Israeli Prime Minister Benjamin Netanyahu has said could begin as early as July 1, would “actively harm prospects for a future in which all Israelis and Palestinians can live with full equality, human rights and dignity, and would lay the groundwork for Israel becoming an apartheid state.”

The congresswomen also warned if the Netanyahu government makes the annexation move with this administration’s acquiescence, they “will work to ensure non-recognition as well as pursue conditions on the $3.8 billion in U.S. military funding to Israel, including human rights conditions and withholding funds for the off-shore procurement of Israeli weapons equal to or exceeding the amount the Israeli government spends annually to fund settlements, as well as the policies and practices that sustain and enable them.”

“We cannot support an undemocratic system in which Israel would permanently rule over a Palestinian people denied self-determination or equal rights,” they added.

They urged the US to remain committed to a future in which all Israelis and Palestinians live with “full rights, dignity, and democracy.”

The letter received immediate criticism by American Israeli Public Affairs Committee (AIPAC), saying it may damage ties between the US and Israel.

“AIPAC opposes the letter … which explicitly threatens the U.S.-Israel relationship in ways that would damage American interests, risk the security of Israel & make a two-state solution less likely,” the committee said on Twitter.