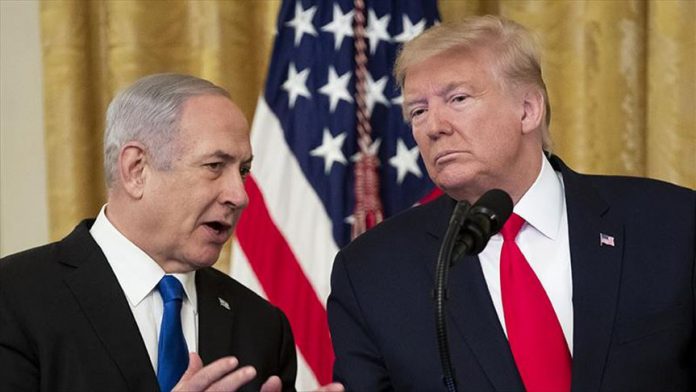 Reactions came after the announcement of the long-awaited proposal on Palestine and Israel by Trump and Israeli Prime Minister Benjamin Netanyahu at the White House.

“This one-sided proposal is a cynical maneuver calculated to be rejected by the Palestinians and then green-light illegal annexation,” said Senator Chris Van Hollen in a tweet.

“It undermines decades of bipartisan U.S. policy and international law. Far from the ‘deal of the century’ this is the ‘disaster of the decade,” Van Hollen