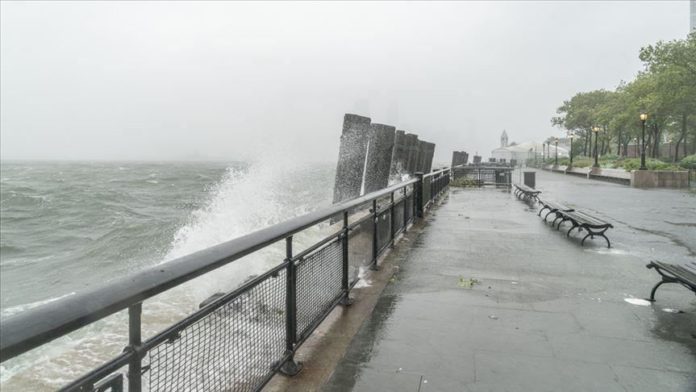 Tropical Storm Laura is expected to become a Category 4 major hurricane before making landfall along the Gulf of Mexico, US weather officials said Wednesday.

The National Hurricane Center warned in a statement that conditions would “rapidly deteriorate” along the coast within hours.

“Unsurvivable storm surge with large and destructive waves will cause catastrophic damage from Sea Rim State Park, Texas, to Intracoastal City, Louisiana, including Calcasieu and Sabine Lakes,” it said. “This surge could penetrate up to 30 miles inland from the immediate coastline.”

It stressed that “only a few hours” remain to protect life and property and all related actions should be rushed to completion.

The storm is packing maximum sustained winds of 125 miles (201 kilometers) per hour.

Earlier Wednesday, the center said the storm is strengthening to a Category 3 hurricane and was expected to bring “multiple life-threatening hazards to the Gulf Coast beginning later today.”

It also warned that “widespread flash flooding along small streams, urban areas, and roadways is expected this afternoon into Thursday from far eastern Texas, across Louisiana and Arkansas.”

US President Donald Trump has also warned the nation in a tweet and said “Hurricane Laura is a very dangerous and rapidly intensifying hurricane.” He vowed full engagement with state and local emergency managers “to continue preparing and assisting the great people Texas, Louisiana, and Arkansas.”

The storm left the Caribbean on Tuesday, leaving at least 24 dead in Haiti and the Dominican Republic.