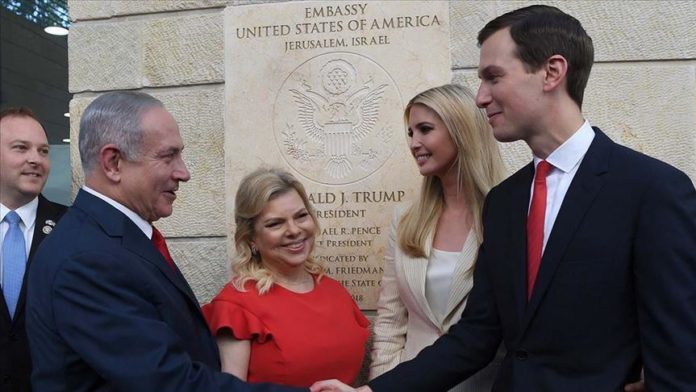 Kushner paid a visit to London on his way back from a Middle East tour to persuade other Arab nations to normalize ties with Israel.

Last month, the UAE and Israel announced a US-brokered deal to normalize relations, including opening embassies.

Palestinian groups denounced the deal, saying it ignores the rights of Palestinians and does not serve the Palestinian cause.

After the deal was announced, Kushner visited Jordan on Aug. 26 and flew to Israel, the UAE, Bahrain, Saudi Arabia and Qatar.