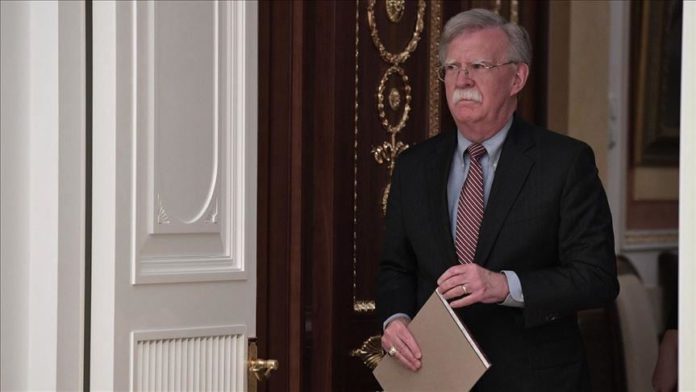 The Justice Department opened a criminal investigation into a tell-all book authored by US President Donald Trump’s former National Security Advisor John Bolton, according to a report Tuesday.

The agency will investigate whether the book contains classified information after the Trump administration failed to block the release of the book, The Room Where It Happened: A White House Memoir, in June, The New York Times reported, citing three people familiar with the matter.

It formed a grand jury and subpoenaed communications records from the book’s publisher, Simon & Schuster.

The Trump administration sued Bolton one week before the book was set to hit retailers in June, saying the book contains “significant quantities of classified information that it asked Defendant to remove.” However, the lawsuit was rejected by a federal judge.

“With hundreds of thousands of copies around the globe — many in newsrooms — the damage is done,” US District Judge Royce Lamberth ruled. “There is no restoring the status quo.”