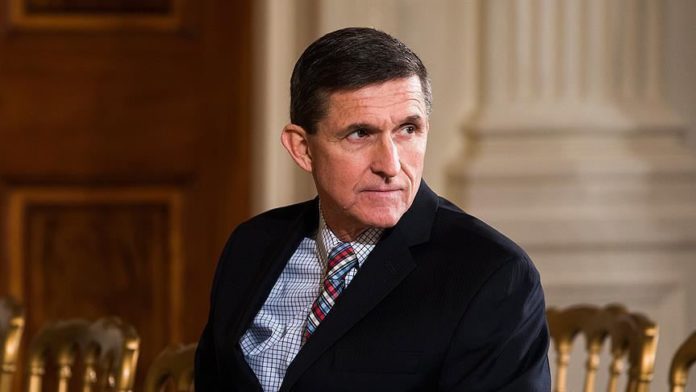 The Justice Department moved Thursday to dismiss the case against US President Donald Trump’s former national security advisor Michael Flynn, who pled guilty to lying to the FBI.

Flynn has since sought to withdraw his guilty plea, which he entered in December 2017, and the department said in court documents obtained by Anadolu Agency it is dropping the case “based on an extensive review and careful consideration of the circumstances.”

“The Government has concluded that the interview of Mr. Flynn was untethered to, and unjustified by, the FBI’s counterintelligence investigation into Mr. Flynn—a no longer justifiably predicated investigation that the FBI had, in the Bureau’s own words, prepared to close because it had yielded an ‘absence of any derogatory information,’” the department said in a filing with D.C. District Court Judge Emmet Sullivan.

Trump has long claimed injustice was done in Flynn’s case, which was part of the FBI’s larger case probing Russian meddling in the 2016 election, which he has said was a “witch hunt” against him.

Trump said last week that Flynn had been “exonerated” based on documents that showed the FBI was preparing to close the investigation.

“What’s our goal?” the handwritten notes, which were included in the department’s filing, say. “Truth/admission or to get him to lie, so we can prosecute him or get him fired?”

Jeff Jensen, a US attorney who was assigned to review Flynn’s case by Attorney General William Barr, said he recommended to Barr the case be dismissed.

“Through the course of my review of General Flynn’s case, I concluded the proper and just course was to dismiss the case,” Jensen, the US Attorney for the Eastern District of Missouri, said in a statement obtained by Anadolu Agency. “I briefed Attorney General Barr on my findings, advised him on these conclusions, and he agreed.”

Shortly after news of the motion to dismiss became public, Trump said Flynn “was an innocent man” who “was targeted by the Obama administration and he was targeted in order to try and take down a president.”

“What they’ve done is a disgrace and I hope a big price is going to be paid. A big price should be paid,” Trump said, reiterating unsubstantiated claims against former President Barack Obama’s administration.

“What happened to him should never happen again and what happened to this presidency, to go through all of that and still do more than any president has ever done in the first three years,” Trump added, referring to Flynn.