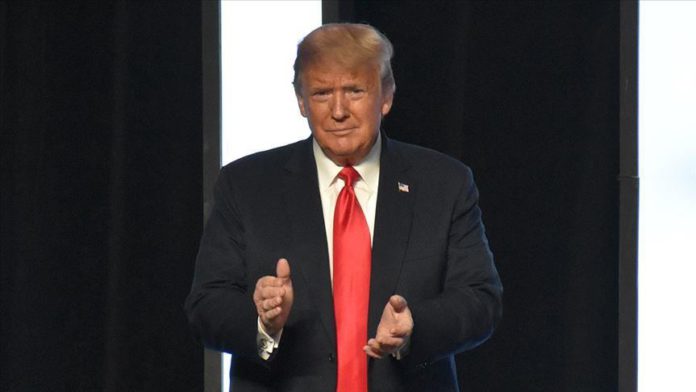 Sending the case to lower courts for further review, the judges said that “courts must perform a careful analysis that takes adequate account of the separation of powers principles at stake, including both the significant legislative interests of Congress and the ‘unique position’ of the President.”

In a separate opinion, the court ruled Trump as not immune from New York’s subpoena and must comply with grand jury that investigates potential irregularities in his tax and business records.

Both decisions were taken by a 7-2 majority.

Trump blasted the decision of sending the case to a lower court on Twitter, saying it is a “political prosecution”.

“The Supreme Court sends case back to Lower Court, arguments to continue. This is all a political prosecution. I won the Mueller Witch Hunt, and others, and now I have to keep fighting in a politically corrupt New York. Not fair to this Presidency or Administration!” Trump said.

“Courts in the past have given ‘broad deference’. BUT NOT ME!” he added.

In a subsequent tweet, he said “a totally corrupt previous Administration, including a President and Vice President who spied on my campaign, AND GOT CAUGHT…and nothing happens to them.”

He claimed that the crime was taking place even before his election and “everyone knows it, and yet all are frozen stiff with fear.”

“No Republican Senate Judiciary response, NO ‘JUSTICE’, NO FBI, NO NOTHING. Major horror show REPORTS on Comey & McCabe, guilty as hell, nothing happens. Catch Obama & Biden cold, nothing. A 3 year, $45,000,000 Mueller HOAX, failed – investigated everything,” he added.

“Won all against the Federal Government and the Democrats send everything to politically corrupt New York, which is falling apart with everyone leaving, to give it a second, third and fourth try,” he said. “Now the Supreme Court gives a delay ruling that they would never have given for another President.”

“This is about PROSECUTORIAL MISCONDUCT,” Trump argued the rules. “We catch the other side SPYING on my campaign, the biggest political crime and scandal in U.S. history, and NOTHING HAPPENS. But despite this, I have done more than any President in history in first 3 1/2 years!”