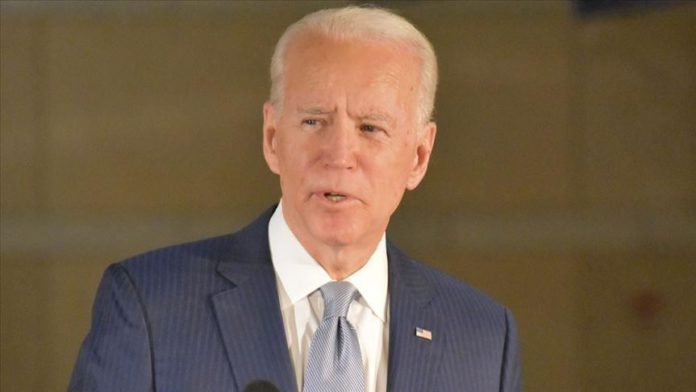 US presumptive Democratic presidential nominee Joe Biden characterized as a “historic step” an agreement Thursday between Israel and the United Arab Emirates (UAE) to normalize ties.

“Today, Israel and the United Arab Emirates have taken a historic step to bridge the deep divides of the Middle East,” Biden said in a statement. “The UAE’s offer to publicly recognize the State of Israel is a welcome, brave, and badly-needed act of statesmanship. And it is a critical recognition that Israel is a vibrant, integral part of the Middle East that is here to stay. Israel can and will be a valued strategic and economic partner to all who welcome it.”

His statement was released hours after US President Donald Trump announced the agreement as a “HUGE breakthrough.”

As part of the deal, Israel will “suspend” plans to annex parts of the occupied West Bank “and focus its efforts now on expanding ties with other countries in the Arab and Muslim world,” according to a joint statement by the US, UAE and Israel.

Biden reiterated his opposition to annexation, and vowed he and his running mate Senator Kamala Harris would work to expand efforts to keep the Middle East region in peace.

“The United Arab Emirates and Israel have pointed a path toward a more peaceful, stable Middle East,” he said. “A Biden-Harris Administration will seek to build on this progress, and will challenge all the nations of the region to keep pace.”

As part of their agreement, Abu Dhabi and Tel Aviv will “immediately expand and accelerate cooperation” on development of a COVID-19 vaccine, and the US, UAE and Israel will join to “launch a Strategic Agenda for the Middle East to expand diplomatic, trade, and security cooperation.”

The development marks only the third time an Arab nation has opened full diplomatic relations with Israel, and the Emirates is now the first Gulf Arab state to do so. Other Arab nations to normalize ties with Israel are Egypt and Jordan.