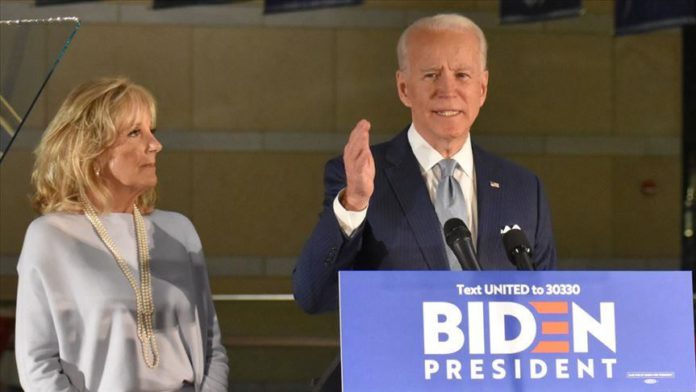 “I want to address allegations by a former staffer that I engaged in misconduct 27 years ago. They aren’t true. This never happened,” the former vice president said in a statement.

Tara Reade, a former staff assistant to Biden while he was serving in the Senate, made the allegations last month after previously accusing him alongside other women of unwanted touching, for which he apologized.

But Reade, 56, additionally said he asked her in 1993 to hand deliver a bag to him in his office, and said when she completed the request he pushed her against the wall and penetrated her with his fingers.

Biden’s denial comes after he left rebuttals for weeks to his campaign, but pressure continued to mount on Biden for him to directly address the matter, including from his likely Republican opponent come November, US President Donald Trump.

“While the details of these allegations of sexual harassment and sexual assault are complicated, two things are not complicated. One is that women deserve to be treated with dignity and respect, and when they step forward they should be heard, not silenced. The second is that their stories should be subject to appropriate inquiry and scrutiny,” Biden said.

He called on the media to carry out an investigation into the allegations, saying her story has a “growing record of inconsistencies.”

“This is an open book. There’s nothing for me to hide, nothing at all,” Biden said in a follow-up interview on MSNBC.

Coronavirus cases show no let up in Latin America